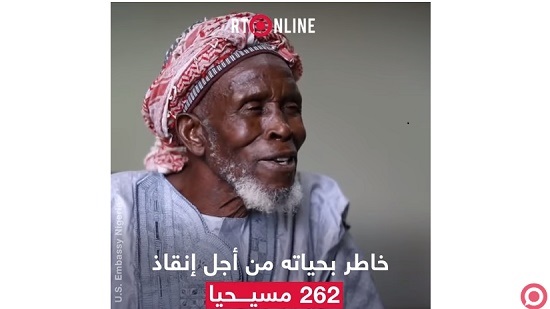 Nigerian Imam of a mosque rescued 262 Christians from killing

International media have been talking about a Nigerian Imam called Abu Bakr Abdullah for his role in saving the lives of more than 200 Christians during an armed attack on them. This came after his hid them in his house while they were escaping herders from the Volani tribe trying to kill them because of ethnic fights back in 2018. The Sheikh s position was widely praised for his humanity and courage in protecting these souls. He was honored in the United States of America with the International Prize for Religious Freedom.

The Egyptian inventor, Ahmad Abdullah, known as Ahmed Newton, and his sister Mai Abdullah, won the gold medal in a competition at the Korea International Exhibition of inventions, in the field of energy Ahmed said that his invention of energy is a development of a technology that the Korean scientists have connected to the generation of electric energy from sound wave energy, but his invention produced much more power than their results. On the importance of his invention, Ahmed explained that his invention is clean energy that can be used at the international level and in the daily uses of individuals such as charging phones and cars. 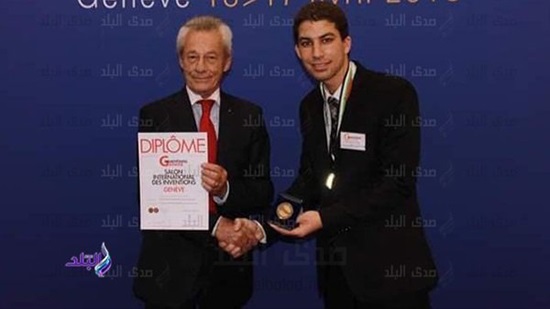 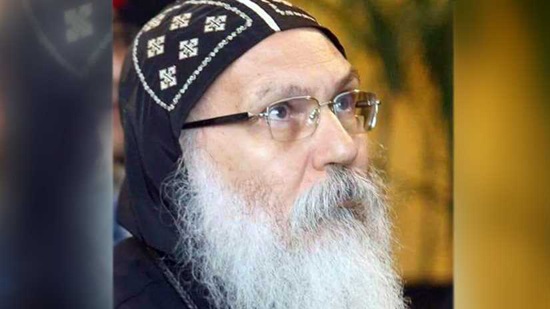 The monastery of Abu Makar in Wadi Al-Natroun is preparing to commemorate the first anniversary of the departure of Abba Epiphanius, Bishop of the monastery on July 26. The commemorative services will be headed by Pope Tawadros II in the presence of a number of Coptic bishops.

A group of Copts from the village of Kom Raheb in Minya to demand the opening of the church that police have shut down months ago. This came after a funeral of a Coptic man was held in the streets with the nearest church closed and the other church is too far from this village. It is worth mentioning that the Copts were asked to negotiate the reopening of the church with the fanatics! 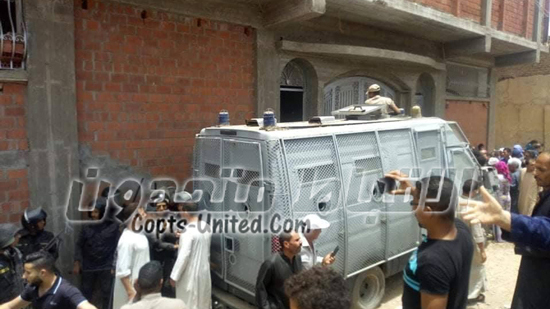 Atfih diocese celebrates the feast of St. Ibrahim the Simple

Bisho Zocima of Atfih celebrated the Holy Mass yesterday of the feast of St. Ibrahim the Simple at the Virgin Church in Baramil. Relics of the Saint were perfumed during the celebration. The Saint was born in 1885 in the village of Bani Samet. His name was Iskandar and he worked in dyeing and caring for sheep before he was ordained a priest. He performed many miracles and ministered his people faithfully till he died in 1972.

Manfalut diocese celebrated the enthronement anniversary of Bishop Theophilus. A number of bishops and senior officials attended the ceremony in addition to thousands of the congregation of the diocese. 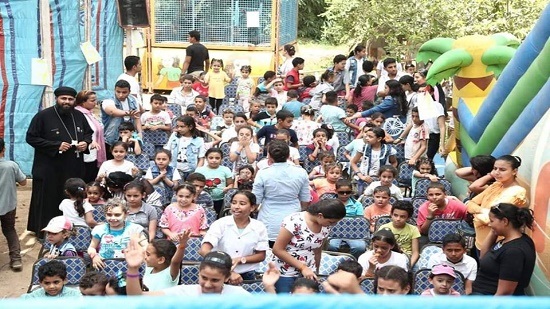 Sharqia and 10th of Ramadan diocese organized a Carnival for children attended by 250 children at St. Refka church in Ezbet Asaad Badawy. The Carnival entitled ‘Together.. We can’, which was attended by Bishop Maqar of Sharqia and included many activities, a puppet theater, marionette, painting on the face, and entertainment segments.

The disappearance of the Minya minor girl continues

The disappearance of the Minya minor girl Ferial Fanous continues after she disappeared in mysterious circumstances. Ezzat Ebrahim, human rights activist, said that she was born on 6/12/2003 and that her family reported the police and they were working on the case as they told her family. 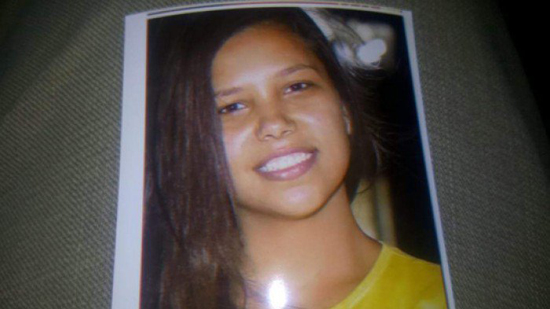 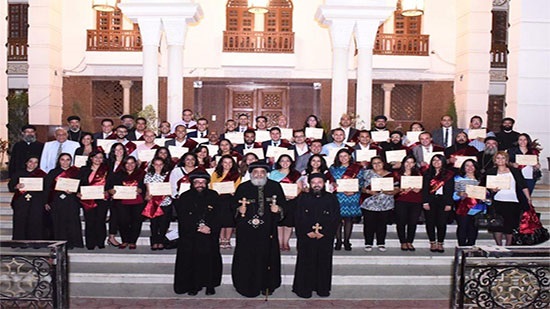 Pope Tawadros witnesses the graduation of the third batch of CIL

Pope Tawadros II, Pope of Alexandria and Patriarch of St. Mark See, witnessed the graduation of the third batch of the Coptic Institute of Leadership CIL. The institute aims to prepare and train church leaders, priests, service secretaries and councilors and its slogan is: "influential Orthodox leader".

The Coptic Orthodox Churches announced it will return to receive monasticism seekers after it stopped receiving them for 12 months after the murder of bishop Epiphanius, head of St. Makar monastery. The new seekers will be accepted starting from next August in various Coptic monasteries. 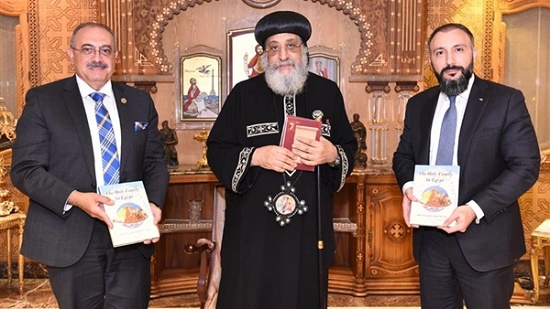 Pope Tawadros receives a member of the Canadian Parliament

Dr. Sherif Sabawi, a member of the Canadian Parliament, visited Pope Tawadros II, Pope of Alexandria and Patriarch of St. Mark See at the Papal headquarters in Abbassia. During the meeting, they discussed the important issues of concern to the Egyptian people and exchanged presents. Dr. Sharif Sabaawi is member of the regional parliament in Ontario and the first elected Egyptian parliamentarian in Canada.

Bishop Moussa of Youth presided over the general meeting of the Copts of Minya attended by 30 priests and 2500 Copts. The meeting was held at St. Mina House in Minhary. It is worth mentioning that Pope Tawadros II had ordained 23 priests in the monastery of Bishop Bishoy in Wadi El Natroun to serve in Egypt and abroad. 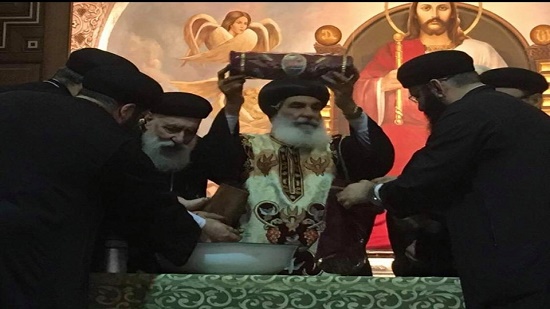 Bishop of Menofia celebrates the feast of St. Sarabamoun

Adel Hanafi, Vice President of the Union of Egyptians Abroad, visited the papal headquarters at the Grand Cathedral of St. Mark in Abbassia, and was received by His Holiness Pope Tawadros II, Pope of Alexandria and Patriarch of St. Mark See. They discussed ways of activating religious tourism among Egyptians abroad, especially the journey of the Holy Family. 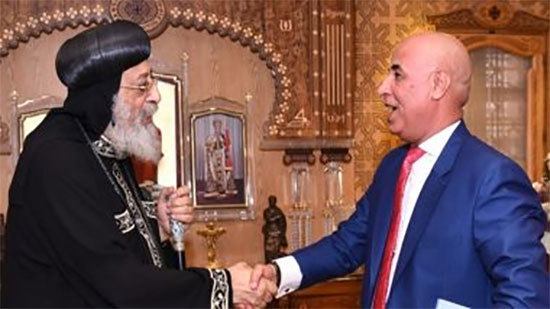 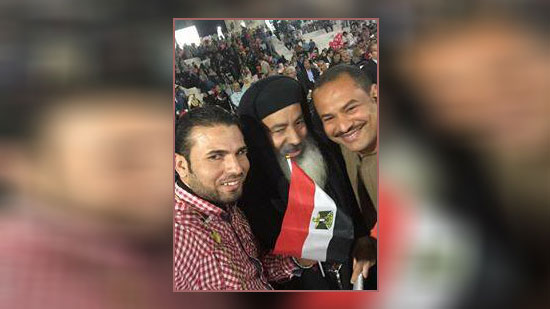 Father Wissa Azmy, priest of the Virgin and St. George Church in Dar al-Salam in Sohag have donated 2000 EGP to build a new Islamic mosque in his city. The priest said that his humanitarian gesture comes to assure unity and love among the Egyptian people.

Hurgada diocese celebrates the inauguration anniversary of its Bishop 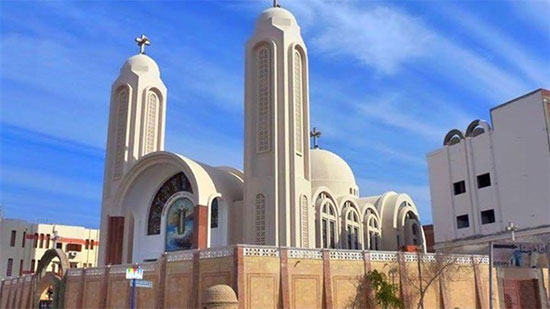 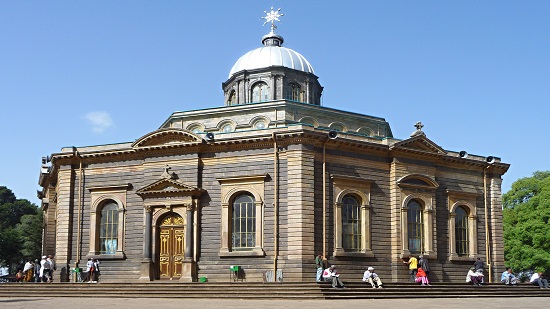 Pope Tawadros II, Pope of Alexandria and Patriarch of St. Mark See, said that the Coptic Orthodox Church and Ethiopia has strong ties that dates back to centuries. He added that he assigned a bishop for the relations with the Ethiopian Church and he used such relations to solve problem of the Ethiopian Renaissance dam, which the diplomacy between the governments will also improve the situation.

Social media activists shared a picture of a hospital in Al- Ain in the United Arab Emirates that put a verse of the Holy Bible on its entrance. The Oasis hospital was established by an American doctor called Marianne Kennedy and her husband Bat in the early 1960s, and was called Mama Latifa by the locals.

Bishop of Qena perfumes the remains of St. Moussa the Black on his feast

Bishop Sharobim of Qena perfumed today the remains of St. Moussa the Black in the church of St. Demiana that organizes a spiritual renaissance on the feast of St. Moussa. The spiritual program includes midnight praises and daily masses.

Bishop Lokas of Abnoub and El Fateh inaugurated the Chruch of the Virgin in Beni Mohamediat villageand ordained two new priests. Fathers Suriel Farah and Ghobrial Samir were ordained priests in the presence of Bishop Bimwa of Suez and Arsanisu of the New Valley before they travel to St. Mina monastery in Abnoub mount to spend 40 days of spiritual retreat according to the Coptic rituals. 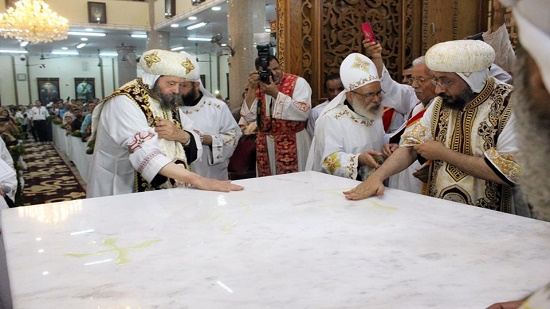 Pope Tawadros II, Pope of Alexandria and Patriarch of St. Mark See, sent a congratulatory message to President Abdel Fattah al-Sisi and the Egyptian people on the anniversary of the June 30 revolution that toppled the Muslim Brotherhood regime. In his message, Pope wished Egypt safety and stability and unity.

Another attack by followers of ISIS in Minya in a village that was originally inhabited by Coptic monks, just like Egypt was inhabited once by Copts. The village of Koum al-Raheb my have had several churches, but now it has only one that was shut down though it used to serve Copts from 7 other villages. Just imagine their suffering now after this church was also shut down. Furthermore, the fanatics decided to gather