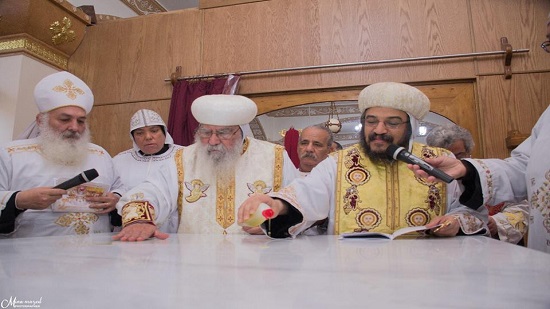 Bishop Bakhoumios, former acting Patriarch, inaugurated the Church of the Virgin and Prince Tadros in Kafr El Dawar. HG inaugurated the icons of the church after inaugurating its alters.

500 children celebrate midnight praise at the Church of the Archangel in Fekria village in Abu Qurqas. The prayers were headed by HG bishop Makarious, General Bishop of the diocese. 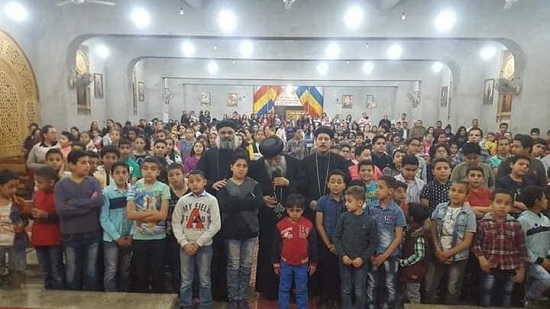 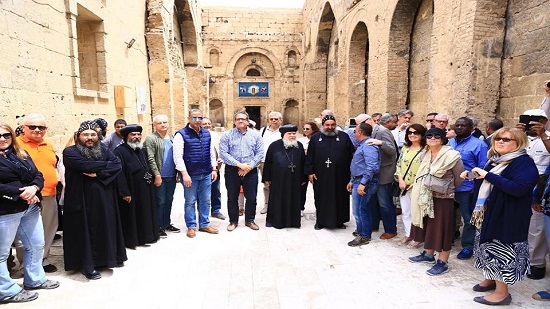 Minister of Antiquities and 37 foreign ambassadors visit monasteries of Sohag

The White and Red monasteries at Suhag Mount received yesterday a delegation of 37 ambassadors from foreign countries in Egypt and 20 MPs from Egypt. The delegation was headed by Egypt s minister of antiquities and were welcomed by a number of bishops and monks of the monasteries.

Abba Pachomius visits the Monastery of St Macarius the Alexandrian

Abba Pachomius, Archbishop of Behaira and Matrouh visited the Monastery of St Macarius the Alexandrian. The monastery is witnessing a number restoration works after it was acknowledged by the Holy Synod in 2014. 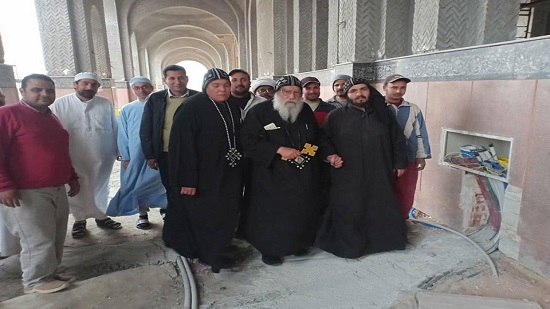 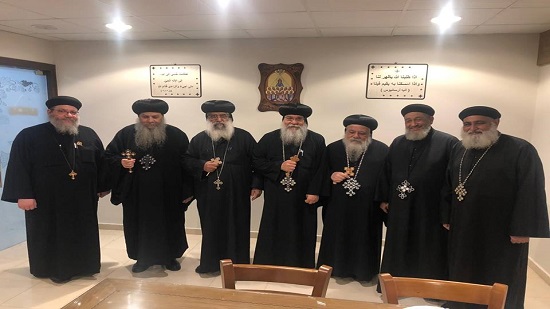 Bishops of Minya governorate held a meeting at the diocese to discuss the matters and concerns of ten ministry and the upcoming celebrations at the Great Lent and the Easter. The meeting was attended by Bishops Makarios, Demitrious, Aghabious, Aghathon and representatives of Bishop Pfnotious and Bishop Athanasius.

Pope receives the delegation of the African Commission

His Holiness Pope Tawadros II, Pope of Alexandria and Patriarch of St. Mark See, received yesterday at the papal headquarter in Cairo the delegation of the African Commission . They discussed during the meeting the visit of the Holy Family to Egypt and stressed the keenness of the Coptic Orthodox Church on Africa. 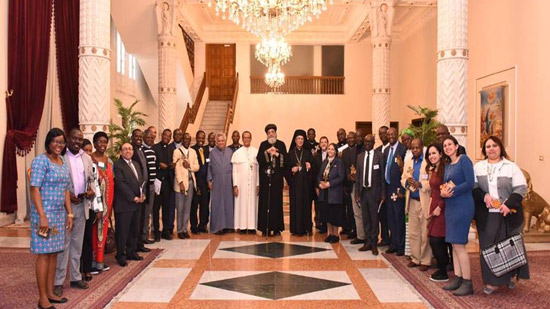 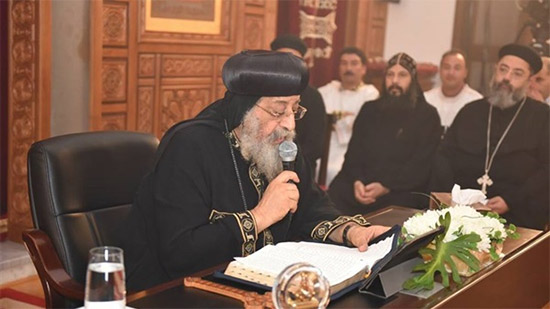 Pope Tawadros: We pray for peace in Nigeria

At the beginning of his speech in the weekly meeting of His Holiness Pope Tawadros II, Pope welcomed the delegation of the German Evangelical Church in Egypt. He added that the church is praying for Christians Nigeria in their suffering and persecution.

A new priest ordained in Tahta and Jahineh diocese

Bishop Ishaia of Tahta and Jahina ordained yesterday a new priest at the church of ST. Mary in Tahaa. Deacon Mina Karam was ordained a priest and took the name Afraim. He went to the monastery of St. Shenouda in Suhag to spend the next 40 days following the ordination. 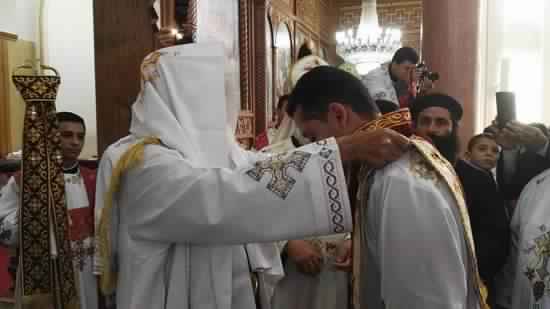 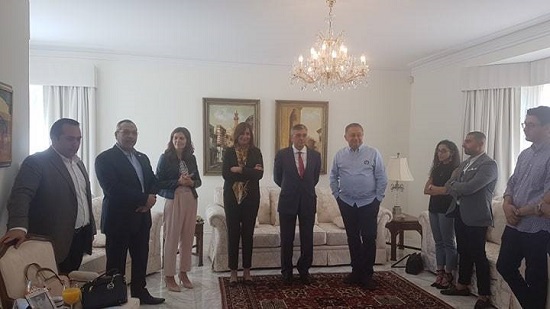 Egypts Minister of Immigration Nabila Makram arrived in Australia today to meet with a delegation of Egyptian youth in Melbourne. She is going to launch the third version of the initiative to "revive the roots" sponsored by Egypt, Greece and Cyprus.

Pope opens conference of Coptic Heritage between Authenticity and Modernity

His Holiness Pope Tawadros II, opened on Friday the Third International Conference entitled Coptic Heritage between Authenticity and Modernity at the Coptic Cultural Center at the Cathedral of St. Mark in Abbasiyah. The conference lasts for 3 days and is headed by Professor Sami Sabri, Dean of the Institute of Studies. 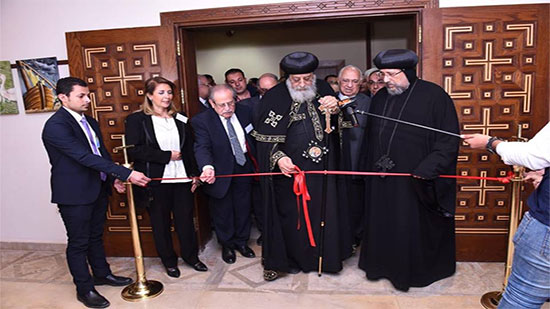 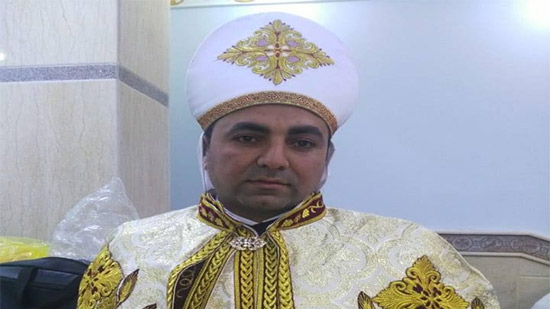 A new priest was ordained yesterday in Ezbet Harun village in Matai diocese. Father Moussa Adly was ordained by HG Bishop Guargius of Matai for the ministry of St. Mary and St. George in the village.

Pope Tawadros II, Pope of Alexandria and Patriarch of St. Mark See, held a meeting with priests of Mokattam in the presence of HE Bishop Abanoub, the General Bishop of the dicosese. His Holiness had held similar meetings with the priests of the Almaza, Ezbet El Haggana, East Nasr City, Hadayek El Kobba, Abbasiya, El Waily, Heliopolis, central Cairo, and East of the railway districts. 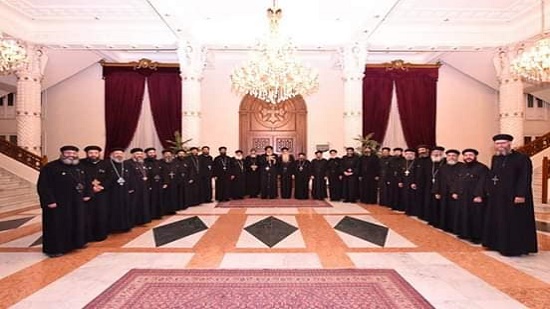 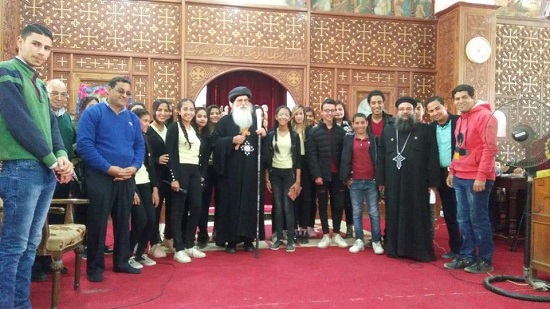 More than 800 children attended the meeting of preparatory students in Tima sponsored by Bishop Isaac of the diocese. The attendees represented 9 churches of the diocese and included a number of art shows.

Tariq al-Wasimi, Ambassador of Egypt in New Zealand, accompanies a delectation of the Coptic Church in New Zealand to offer their sincere condolences to families of the Egyptian victims of the bloody attack on two mosques in New Zealand. The Ambassador said that Egypt is ready to move the bodies of the martyrs back to Egypt. The Ambassador also visited the injured Egyptians in the incident to check on their health, explaining that they are in good health after several surgical operations were performed for them. 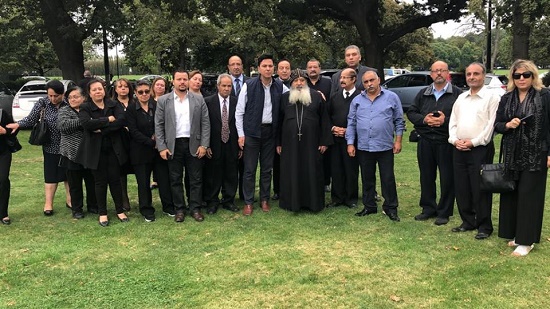 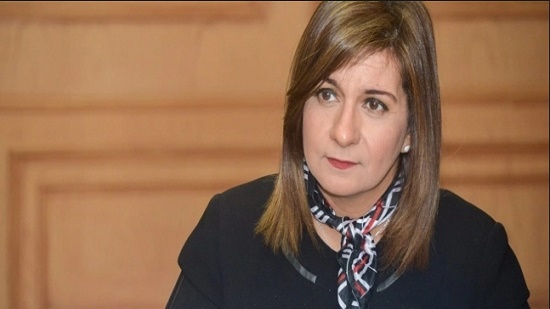 Ambassador Nabila Makram Abdel Shaheed, Minister of State for Migration and Egyptians Affairs abroad, will travel to New Zealand on Tuesday to visit the 11 injured Egyptians in the recent mosques attacks and to meet with members of the Egyptian community there. Ambassador Abed Al Shaheed also announced her initiative of the Humanitarian Love and Co-operation between Communities during her visit to Australia scheduled for next week as part of the "Reviving the Roots" campaign to celebrate the communities of Egyptian origin in Australia.

Bishop Paula of Tanta ordained 113 new deacons at St. George Church in Tanta at the basic rank of Ebsaltus. Hundreds of the congregation attended the holy mass to attend the ordination ceremony of the new deacons. 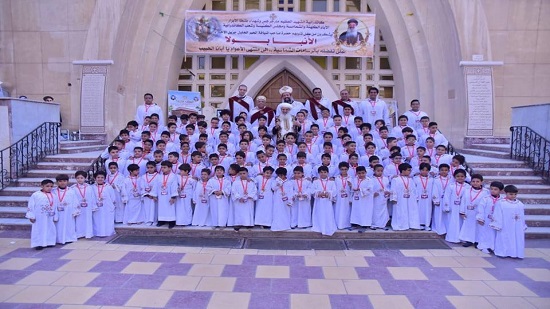 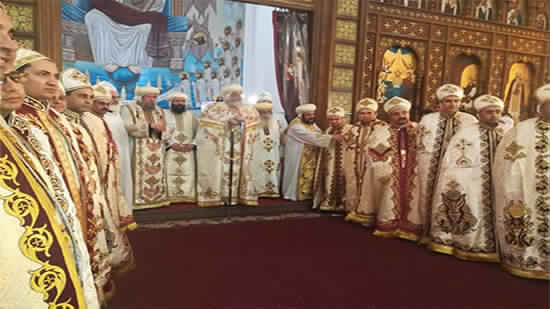 Pope Tawadros II, Pope of Alexandria and Patriarch of St. Mark See, ordained 15 new priests at the great Cathedral of St. Bishoy monastery in Wadil Natroun. Pope told them that they were ordained at the great lent where the church is blessed by fasting. Pope invited them to be humble, to visit their congregation and tolerate them, and to study and to rejoice in their ministry.

Minister of Immigration follows the issue of Egyptians detained in Uganda

Ambassador Nabila Makram Minister of State for Migration and Egyptians Abroad, contacted Ambassador Tariq Salam, Ambassador of Egypt to Uganda, to follow up the Egyptian position held there. For his part, Ambassador Tariq Salam confirmed the embassy s follow-up to the situation with the Ugandan authorities, which announced the arrest of 14 Egyptians who had false docuemtns and were involved in selling unlicensed goods. 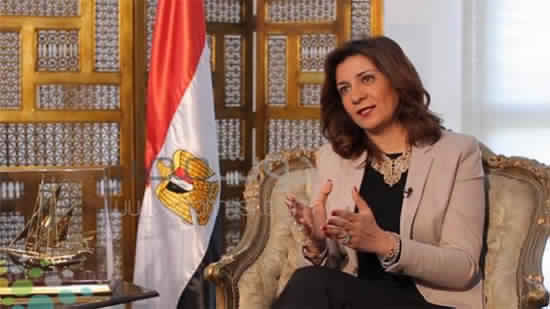 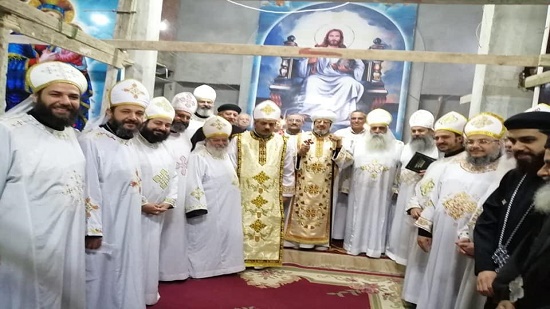 Church of the Samaritan woman and St. George in Shobra al-Khaimah receives a new priest

Bishop Markos of Shubra al-Khaymah ordained a new priest for the church of the Samaritan woman and St. George. Fatehr Markos Ashraf was ordained during the holy mass before he travels to Wadil Natroun to spend a 40 days of spiritual retreat.

The chief priests of Monofia dies at the age of 92

The Coptic Orthodox Church announced the death of Father Markos Matias, priest of the Church of St. George in Tala, Menoufia at the age of 92. He was born on April 8, 1927, and was ordained a priest on 19 October 1947 and spent about 72 years in priestly services. 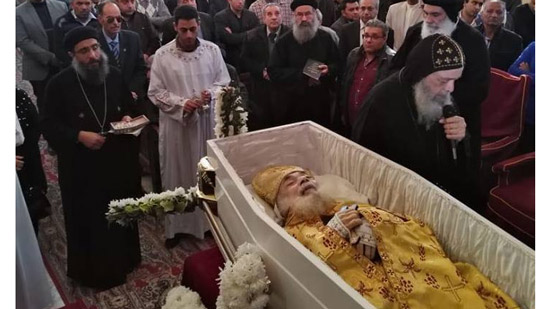 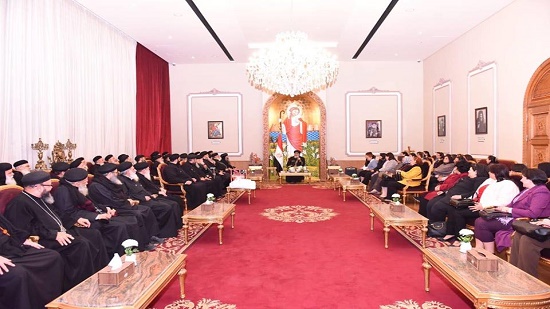 Pope meets with the priests of the east of the railway

Historically, the ancient Egyptian king Ahmose led the Egyptians in the battle of Liberation against the Hyksos, the tribes that Egypt and occupied it for nearly a hundred years. When Egypt decided to restore its land, the King Ahmose was the leader of its army that followed them to the borders of Palestine. In the past years, the Egyptian society has been subjected to a serious intellectual and cultural invasion