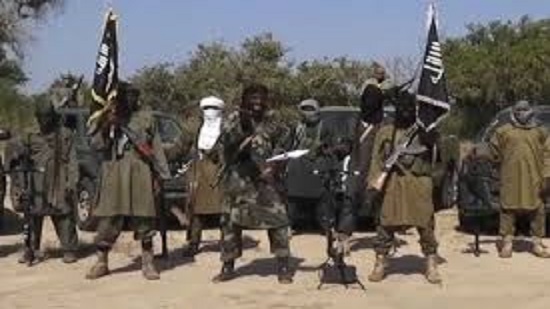 Ten people were killed along with two suicide bombers in a coordinated attack late Tuesday by Boko Haram jihadists on a town in eastern Niger, the local mayor said. "Two female suicide bombers blew themselves up and gunmen then attacked civilians," the mayor of the town of N Guigmi, Abba Kaya Issa, told AFP on Wednesday.

Cross-border fighting between Israel and Hamas abated on Tuesday after a day of Palestinian rocket attacks and Israeli air strikes but Israel said it reserved the right to strike again and kept its troops and tanks massed at the Gaza frontier. The biggest Israeli-Palestinian escalation in months, which began on Monday with the longest-range Palestinian rocket attack to cause casualties in Israel for five years, appeared to have been curbed overnight by Egyptian mediation. 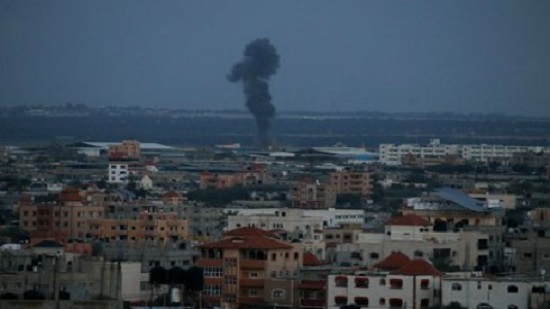 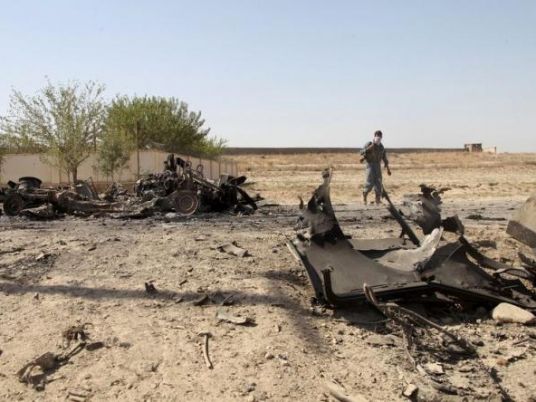 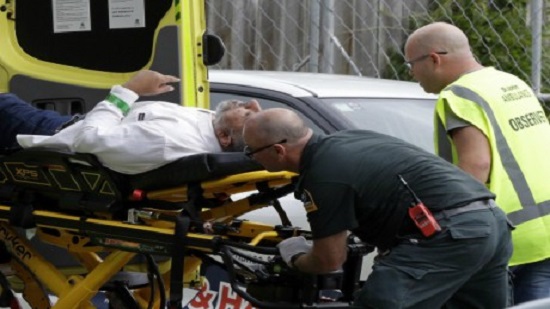 After the Christchurch massacre: Fears of a Dark Web

Fears are growing that neo-Nazis and Islamic State militants alike may be using the Internet to support their activities, making it a breeding ground for terrorism and extremism. The “Dark Web,” a platform for both Nazi enthusiasts and Islamic State (IS) militants, has come under scrutiny in Europe. The argument that more Internet encryption is necessarily beneficial to democracy, privacy and cyber-security was dealt a severe blow as details emerged of the tools utilised during the anti-Muslim massacre in Christchurch, New Zealand, earlier this week.

Warplanes flew near Baghouz in eastern Syria early on Wednesday, a Reuters witness said, as the final remnants of the Islamic State group held a narrow strip of land along the Euphrates in a last-ditch defence of its dwindling territory. Defeat there would signal the end of the ultra-hardline Islamist movement s control in eastern Syria, having held more than a third of Syria and Iraq at one point in 2014 as it sought to carve out a huge caliphate in the region. 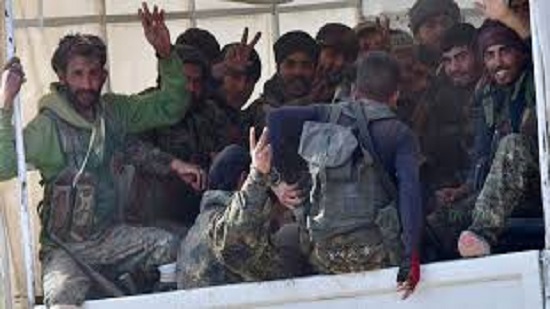 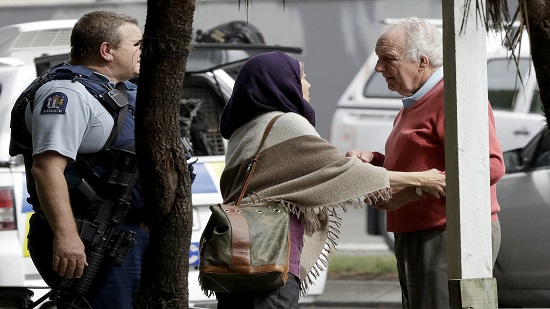 In an unprecedented move, New Zealand’s synagogues closed on Sabbath in solidarity with Muslim victims

The Jewish Community closed New Zealand s synagogues in a show of religious support and unity on the Saturday Sabbath following the mass shootings at al Noor Mosque and Linwood Islamic Centre in Christchurch, leaving at least 50 Muslims dead and dozens injured. Jewish officials called the precaution an “unprecedented move” as a country s synagogues have never closed on a Saturday in recorded history to date.

Four Egyptian nationals were among those killed in the New Zealand mosque attack, Egypt s Minister of Immigration, Nabila Markam, said on Saturday. Makram said that the ministry agreed with the Misr El Kheir Foundation (MEK) to transfer the bodies of victims to Egypt if their families requested that. 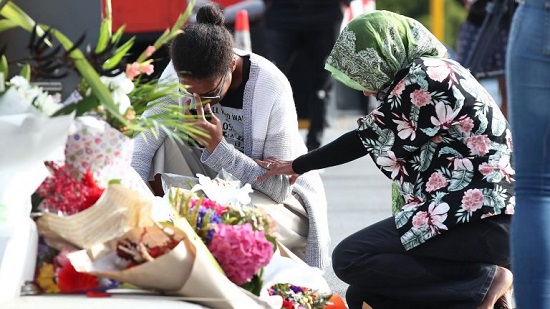 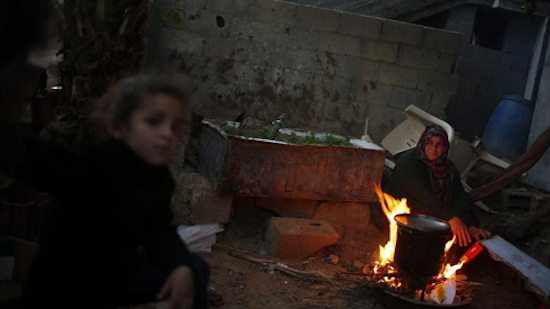 A U.N. envoy condemned Gaza s ruling Hamas group on Sunday for what he called its campaign of arrests and violence in confronting street protests over the past few days against high prices. Hundreds of people have taken to the streets across the enclave in "We want to live" demonstrations. Human rights officials said dozens of people have been detained or hurt.

U.S.-backed fighters besieging Islamic State s final shred of territory in eastern Syria said they had pushed further into the enclave following clashes and air strikes by the U.S.-led coalition. "Our fighters advanced deep into areas controlled by the terrorist organisation and established a number of new points, following clashes in which terrorists sustained a number of deaths and injuries," a statement from the Syrian Democratic Forces (SDF) press office said. 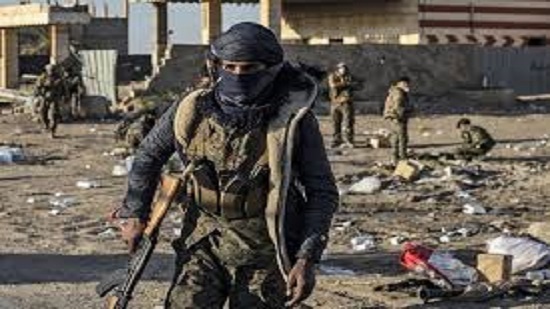 The U.S. State Department on Wednesday slammed human rights violations in China, saying the sort of abuses it had inflicted on its Muslim minorities had not been seen "since the 1930s." U.S. Secretary of State Mike Pompeo highlighted abuses in Iran, South Sudan, Nicaragua and China in the department s annual "Country Reports on Human Rights Practices," but told reporters that China was "in a league of its own when it comes to human rights violations." 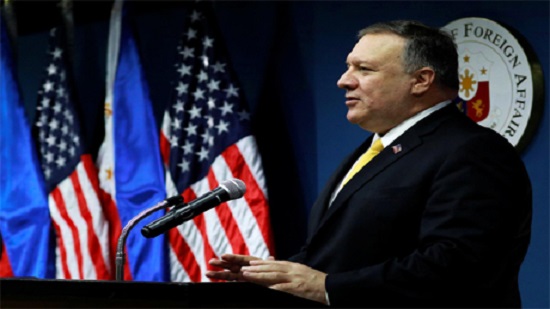 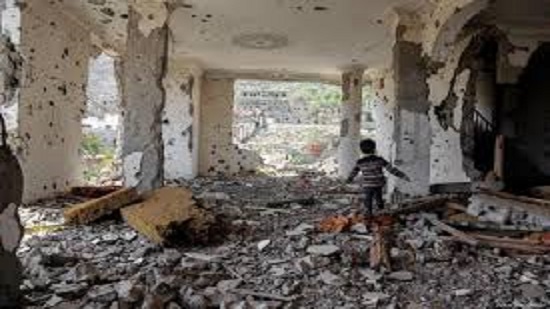 At least 20 civilians killed, including children, in north Yemen

At least 20 civilians, including women and children, have been killed in a village in northern Yemen, Saudi and Houthi media reported on Monday, in an attack both sides blamed on the other. The Houthis Al Masirah television said air strikes by a Saudi-led coalition killed 23 civilians in Kushar district. Saudi-owned Al Arabiya TV said the Houthis had killed several members of the Hajour tribes who had begun an uprising against the movement. It quoted unnamed sources as saying 20 women and children from two families were killed.

Forty-six "extremely dangerous" terrorists have been killed in northern and central Sinai during operations by Egypt s armed forces, according to a military statement on the latest developments related to Operation Sinai 2018. In the 32nd statement on the comprehensive counter-terrorism operation, which was launched in 2018, the Egyptian armed forces said the terrorists were killed following shootouts in northern and central Sinai. 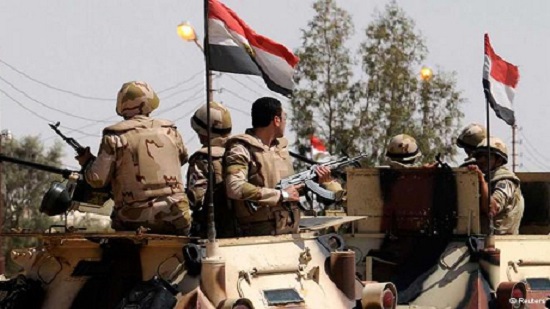 Egyptian police killed on Thursday seven terrorists from the Muslim Brotherhood-affiliated terrorist group Hasm in Cairo s 6 October City. "The State Security Department acted upon reliable intelligence that a group belonging to Hasm had been planning to plant an IED on Thursday morning," the statement said. 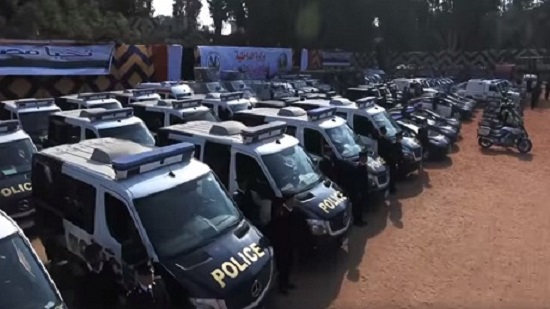 Parcel bombs sent to London s main airport and two other major transport hubs on Tuesday had Irish stamps and Irish police are now assisting British counter-terrorism officers, broadcaster Sky News said on Tuesday. No one was injured by the bombs, one of which caused a small fire in an office building at London s Heathrow airport and the others were discovered at London City airport and the city s biggest rail station, Waterloo.

Prominent French extremist Jean-Michel Clain was killed last month, his wife told AFP Tuesday after fleeing the last redoubt of the Islamic State group in eastern Syria. Clain s wife Dorothee Maquere said he was killed in mortar shelling after being wounded in the coalition drone strike that killed his brother Fabien, who was France s most wanted Islamist militant. 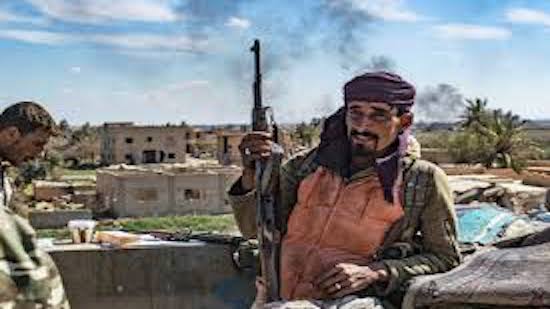 Kurdish-led forces supported by air strikes from an international coalition evacuated civilians held as "human shields" Monday after smashing their way into the jihadists last scrap of territory in eastern Syria. The Syrian Democratic Forces and its allies from the US-led coalition unleashed a deluge of fire on the village of Baghouz at the weekend to break the defences of Islamic State group fighters in the final sliver of their "caliphate".

President Abdel Fattah al-Sisi on Sunday welcomed President of the Congregation for the Oriental Churches Cardinal Leonardo Sandri, a representative of Pope Francis of the Vatican, to Egypt, with Foreign Minister Sameh Shoukry present. Presidency Spokesperson Bassam Rady stated that Sisi extended his greetings to Pope Francis and referred to the esteem and respect that the Egyptian people have for him. 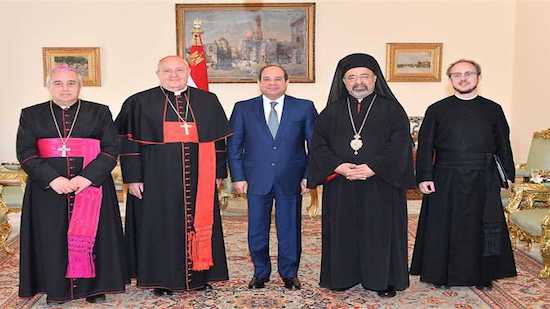 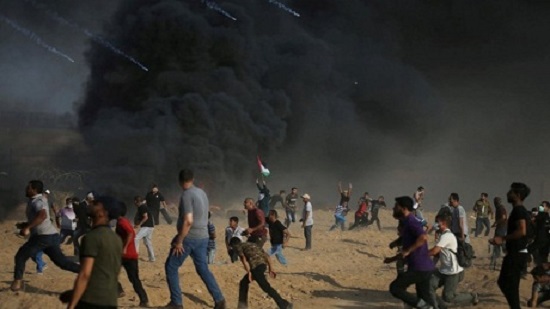 Hamas called for Israel to be held accountable on Thursday after a UN probe said its soldiers may have committed crimes against humanity in their response to Gaza unrest. "The report indicates beyond any doubt that the Israeli occupation has committed clear war crimes against the Palestinians who came out to protest peacefully to demand the right of return and lift the siege," Bassem Naim, a senior official for the Islamist movement that rules the Gaza Strip, told AFP. He called on "the international community to hold the Israeli occupation accountable for the war crimes that it continues to commit against the Palestinians."

The tragic accident that killed nearly fifty people in New Zealand is a humanitarian disaster by all means. Nobody can accept it, especially Christians, since such attack can only be driven by evil. The assailant being a Muslim who belong to ISIS in Turkey, or a racist atheist who declared his faith in the 73 pages published on his account on Facebook, can t belong to Christianity. If Muslims declare that ISIS do