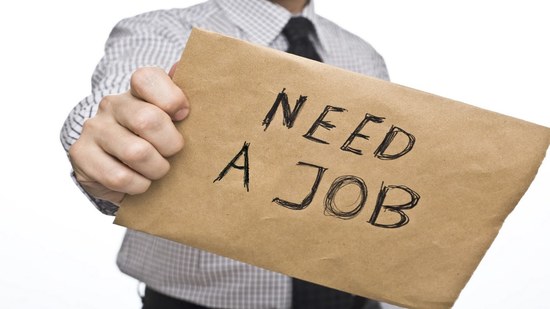 Safety is in your believe

Lady of Karm in the revolution of June 30

June 30, 2013, was such a wonderful day in Egypt when millions of the Egyptian people demonstrated against the rule of the Muslim Brotherhood, the group that fooled the naïve people in the name of religion and infiltrated their minds for years in order to be able to rule Egypt. The demonstration started by agreement among parties, political forces and national movements supported by Media. Then, a wonderful revolt youth movement emerged and was supported by millions of Egyptians who also participated in the revolution of June 30. I remember that day when Muslims and Christians, young and elderly, men and women, left-wing and right-wing, poor and rich, disabled and sound people demonstrated full of hope in a better future. They were not divided like they are today since they were only seeking truth, freedom and dignity. 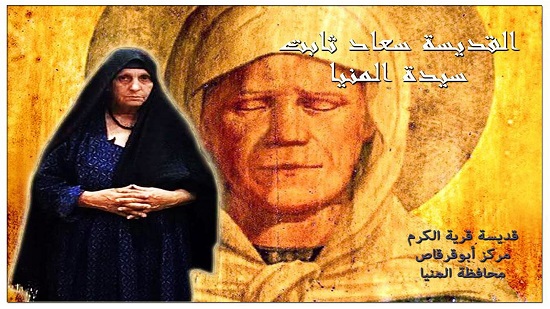 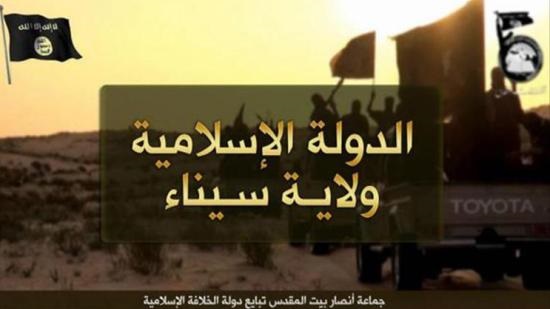 Several Copts have been killed in Egypt since the commemoration of June 30 revolution. They are killed and their houses are burned and looted. In Karm village, an old Coptic lady was stripped off in the streets. Then, a group of Copts were attacked in Beni Suef and forced displaced supported by customary reconciliation sessions. Later, ISIS claimed responsibility of killing the priest of St. George Church in Arish. Moreover, a nun was killed yesterday in her way to the monastery. Sister Athanasia was killed and other nuns as well as the driver were severely injured. The killer was hiding his face and wearing a white garment. He was shouting Allah Akbar while he was killing the nun!

A message to the president

I would like to congratulate the president on the occasion of Eid al-Fitr and to express my admiration to his wisdom and achievements that stems from his pure Egyptian character. Mr. President, I know that you have already many problems in your office that you face with much patience and many achievements. However, you should worry when you find the Egyptians divided. In fact, the Egyptians face many conspiracies, but they fail as they face the brave Egyptian police and armed forces. Yet, the most effective weapon that enemies of the nation have is the sectarian strife. 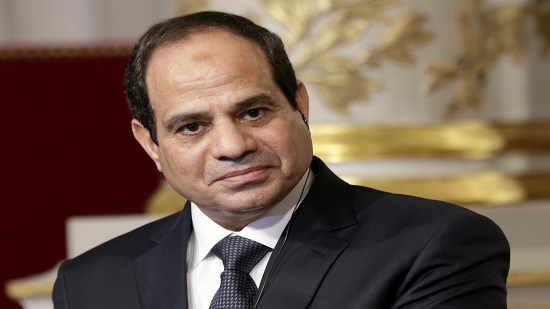 Tuesday ,05 July 2016
The expected divorce between Britain and the EU

In November 27, 1967, the French President "Charles de Gaulle" delivered a speech in the Elysee Palace. In his speech, De Gaulle described the relationship between Britain and the rest of the European countries by saying that Britain has a deep-rooted hatred to the European entities. This should explain the result of the recent referendum in Britain. The British people decided to withdraw from the European Union and lose many economic benefits of the EU. They took the decision despite the tremendous diplomatic and international pressure on the British people before the referendum. Obama and Angela Merkel tried to prevent that, but in vain.

We all know GMT or Greenwich Mean Time! GMT is not observed in any location this year. Locations that used to be on GMT for part or all of the year are now on CEST instead. Europe: Only some locations are currently on GMT because most places in this time zone are currently on summer time / daylight saving time and are observing IST or BST. Well again and again what is CEST oh yes it is the abbreviation of Central Europe Summer Time! Hey, what is this Summer Time now? A simple search on the Internet said the following:- 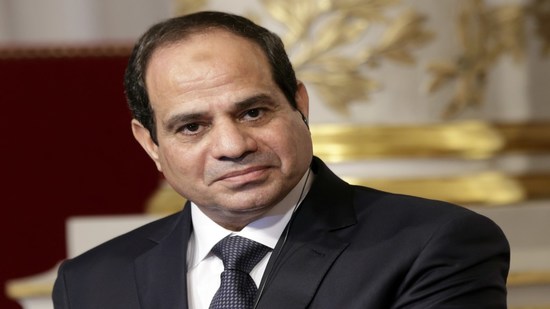 Every day while I read or follow the news, I read about violence against Coptic everywhere in Egypt. This violence let me ask this question: Did President Sisi failed to obtain Justice to Egyptian and especially Coptic? Justice is a deep meaning to stability, because if people didn’t feel Justice, the country will not live in peace and peace is the core point for safe society. You can’t obtain justice in any place without execute the law and let it apply on all people without any discrimination or without being biased.

Down the Family House

In the past, the family house in Egypt was a big house that consists of several apartments for the grandfather and the sons. The big family had social links and love. The leader of the family used to solve problems of the families within the family house. Now, Muslim and Christian clergy started a project under the supervision of the state and under the auspices of the church and Al-Azhar. This came after they supported the resolution of June 30 aiming to achieve equality and social justice. In fact, I was so happy to find Christens and Muslim fasting together on July 26, 2013 at my initiation. 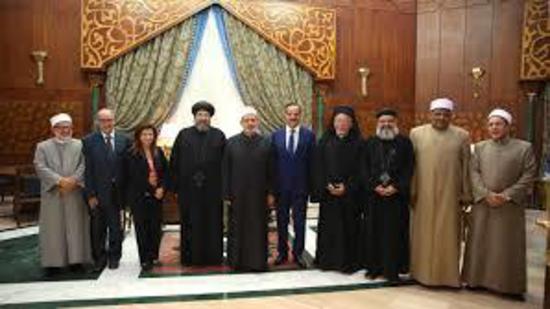 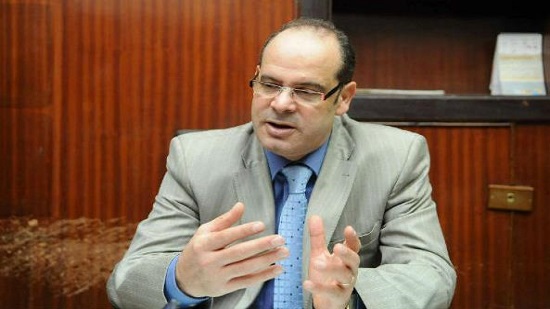 Jesus Christ said to His disciples “I am sending you like lambs among wolves” in order to show them that the way won’t be easy. However, He promised them that enduring such hardships will lead them to the Kingdom of heaven. Therefore, all of his disciples and followers should evangelize His love and teachings. Father John Nassif, priest of St. Mary Church in Chicago said in his article "lambs among wolves," that God promised to protect us from the wolves. However, children of God should take heed unless they face the danger of those wolves. Jesus Christ also warned against the wolves who claim to be lambs. Thus, he calls his lambs to be wise enough to differentiate between true and fake lambs.

I know it is a scary title to choose, since wars are scary in general. However, not all wars are too bad since some wars are waged against corruption that spread in our life and daily works. In fact, we hope that such war is increasing more and more. The news said that a silo manager was arrested for seizing four million pounds during operations of the receipt of wheat. Regulators have arrested several corrupted people in that regime, which means it is full of corruption. Therefore, I hope they continue that the country may get rid of their corruption.

There are many sectarian attacks against the Copts, but the state is not able to protect them and solve the problem. In fact, every body works to provide palliative treatment and not an actual treatment for this cancer. The solution should be from the very beginning since prevention is better than cure. We really need a cure against hatred and intolerance. Moreover, we need to support belonging to the nation and acceptance of others. This will only be achieved through genuine political will by the government and the presidency.

Last week I redefined the word “Army” and demonstrated how the definition goes back to the word ARM your primary elementary means of defence you were born with! And to those who try to break apart your trust and confidence to your Egyptian Army are trying to cut off the country's Arm to be defenceless! Obviously you defend your country from exterior attacks in other terms Invaders but is this all the danger an Egyptian citizen exposed to? Well thanks to Ramadan and its generosity with soaps mainly Mohamed Ramadan soap this guy inspiring youth the meaning of being a man leading inspiration for youth under construction! 90% of the soaps TV broadcasts involves POLICE for the next 30 days starting from June 6th 2016! But why Police? This is an old old story starts with the 23rd. July Revolution!

Copts in Egypt always pay the price of being Egyptian citizen. In the coming next week Egypt celebrate the June 30 anniversary and while Egypt celebrate, Copts still suffer from the consequences of the June 30 revolution. Until now the Coptic churches still burned and not restored. Coptic still suffer from discrimination and persecution. Although the president Sisi promises, Coptic still fell no change in any of the issues they were suffering from before.

We heard last week Egyptian people demonstrating and shouting: “We will destroy the church… We don’t need a church in an Islamic country”. This was a sample of what was said by Egyptian people in village of Amiriyah against the Copts in June 17, 2016. This came after rumors spread about turning an under construction building to a church. The same scenario repeated itself just like every attack of that kind. However, the Copts are still waiting for the unified law of building houses of worship. Politicians are denying the problem and claiming that Copts are not minorities in Egypt.

The Egyptian judiciary closed the case of spying for Qatar. Now, the former Egyptian president Mohamed Morsi was found guilty and was sentenced to death penalty and 85 years in prison. He committed several crimes and was proven guilty of spying after Aljazirah satellite channel has published documents that Morsi had given to Qatar. In fact, we should learn from that case. There is no brotherhood or friendship in politics. Everybody works to achieve his own interests. Qatar is spying on Egypt ignoring its former relationship with it.

Egypt is in real danger because of the Minister of legal Affairs and the parliament Mr. Agati and the Prime Minister. In fact, Egypt has been subject to many conspiracies since the great revolution of June 30. Many people have called for reconciliation with the Muslim Brotherhood though it was named terrorist organization in Egypt and several countries around the world.

After two revolutions in Egypt, the situation is too bad. As the president is working hard to renew the religious discourse, fanatics are stripping off old Coptic woman and attacking the Copts and their houses claiming they have no permission to pray. It’s noticeable that accidents of burning churches are increasing as well. The Egyptian people demonstrated against the Muslim Brotherhood and supported the armed forces to topple the Islamic regime. However, they are still fighting terrorism in Sinai, several governors and security leaders are still supporting terrorism and religious discrimination.

Redefinition or Reminder of Definitions

Yesterday an official funeral of an army officer died in clashes with terrorists turned to a public demonstration of this officer's mates, neighbors and cohabitants of his village in Sinai all demanding revenge from the assassins (Terrorists)! This reminded me of a famous quote I readjust one or two days before on the 10th. Ramada anniversary Stating:- “All we need to remember is Strong Army ensures continuity of a country existence! So true, for 10 years non-stop Iraqi Army defended not only Iraq, but the whole region including Syria, Jordan and even Saudi Arabia from the Iranian Invasion Rockets from Tehran were exchanged by Iraqi Rockets from Baghdad supported by Egyptian moral and technology as Egypt then considered Iraq a 1st line of defense though they had never been at war they've always had family and religious ties with Iranians, true the Persian empire invaded Egypt but since Egyptians stood back liberating their land no more wars with Iran moreover, 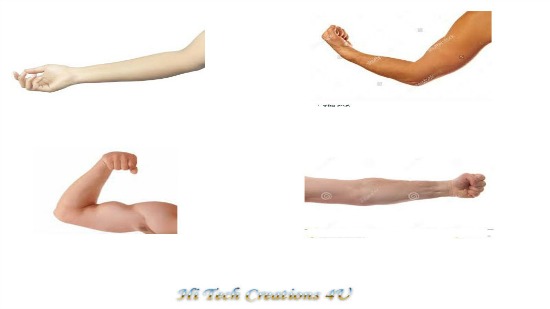 Many people in my nation Egypt dream to immigrate wither to Europe or US or Canada or Australia dreaming of the paradise that media put in his mind. Everyone thinking I just need a chance to travel and do this so that. Everyone try to say even in his words we are not like this developed country. You can feel that even some Egyptians suffer from Inferiority by trying to use some English words in their speech as the Arabic language doesn’t have the word he wants to express. In all my trips abroad I have never seen any person from any country in Europe or US try to put a word from different language that they speak.

Lady of Karm in the revolution of June 30

June 30, 2013, was such a wonderful day in Egypt when millions of the Egyptian people demonstrated against the rule of the Muslim Brotherhood, the group that fooled the naïve people in the name of religion and infiltrated their minds for years in order to be able to rule Egypt. The demonstration started by agreement among parties, political forces and national movements supported by Media. Then, a wonderful revo