Cartoonist Sued for Depiction of Adam and Eve 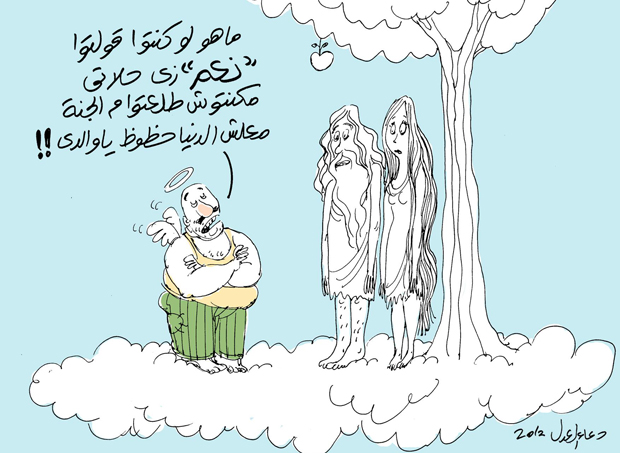 The cartoon above for which Doaa Eladl is being sued for depicts Adam and Eve standing beneath an apple tree on a cloud. The angel is an Egyptian man who tells the couple that they would have never been expelled from heaven if they had voted in favor of the of the referendum on Egypt’s new constitution.

In recent weeks, several of Egypt’s most popular and prominent satirists, talk show hosts and journalists have received formal complaints that their work has insulted President Mohamed Morsi.

Some are concerned that critics of Egypt’s government are being silenced.