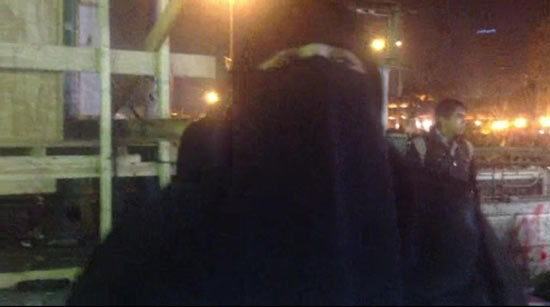 A veiled woman called Hanan Rafik has lifted a banner in Tahrir Square saying: "Constitution of Muslim Brotherhood is void and that their president is a murderer.”

Hanan said that the constitution of MB is made for MB only. It oppresses women and detract from their rights as well as all Egyptians.
Tweet
Pope Shenouda Article