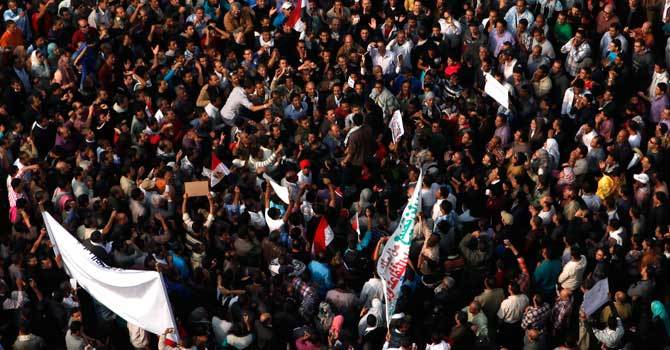 Sharif Abdel Kouddous reports from the streets of Cairo, where thousands of people have taken to the streets in new rallies for and against a controversial referendum backed by embattled Egyptian President Mohamed Morsi. In a potential nod to the opposition, Egypt’s government now says the vote will take place on Saturday, as well as one week later. Egypt’s main opposition leaders are urging their supporters to vote "no" in the referendum instead of boycotting it.