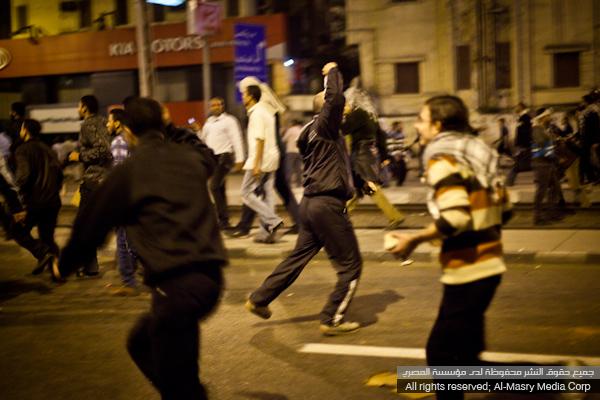 The son of a leading Muslim Brotherhood member died Tuesday from injuries sustained during the presidential palace clashes last Wednesday, raising the death toll to nine.

Khaled Taha Abu Zeid, originally from Gharbiya Governorate, died on Tuesday at Heliopolis Hospital, where he had been since Wednesday. The Heliopolis prosecution said that Abu Zeid was shot in the face, head and chest with birdshots.
The body would be buried following an autopsy, the prosecution added.
Twenty complaints have been filed with the Public Prosecution by people injured in the clashes. The prosecution referred the wounded for forensic medical examinations to determine the cause of their injuries.
The prosecution rushed a report from an attorney general in eastern Cairo as well as medical reports and lab reports of weapons seized from suspects.
Muslim Brotherhood Deputy Supreme Guide Khairat al-Shater claimed Saturday that the eight victims killed in the clashes were all members of the Muslim Brotherhood, but media reports and statements from opposition groups suggest otherwise.
Tweet
Pope Shenouda Article