Egypt Premier Says Growth to Average 7% a Year This Decade 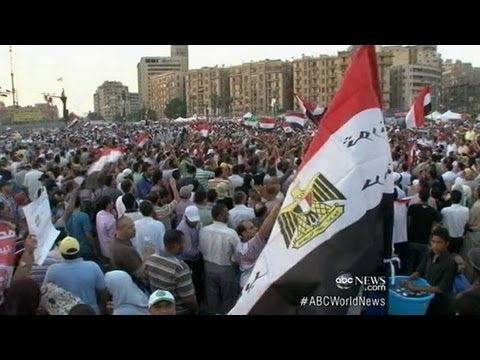 The government forecasts gross domestic product growth to reach 3.5 percent in the fiscal year through June 2013, Qandil said, as the economy recovers after last year’s uprising that ousted Hosni Mubarak. Previous governments under Mubarak have said the economy of the Arab world’s most populous nation needs to grow by at least 7 percent to provide enough jobs.
Egypt last month reached a preliminary agreement with the International Monetary Fund for a $4.8 billion loan, something Qandil said is a vote of confidence for the nation. The IMF has given the nod to an economic program that includes lifting subsidies and reducing the budget deficit, targeted at 10.4 percent of gross domestic product for this fiscal year and 8.5 percent for the year through June 2014.
“I thought it was very important you got the IMF loan, which provides some stability,” said Erik Berglof, chief economist with the European Bank for Reconstruction & Development. The bank expects to invest in the country “in the next month or so” and is watching how the political situation develops, he said.
Mass Protests
Negotiations over the IMF loan were stalled for more than a year during the unrest that followed last year’s uprising. Tensions have boiled over into mass demonstrations in the past week after President Mohamed Mursi announced new powers, including immunity from judicial oversight, and called for a referendum on a draft constitution on Dec. 15. The protests have polarized Islamist supporters of the president and his secular opponents.
“Investors always look for an attractive business climate. One of the elements of this is stability, rule of law and independence of the judiciary,” said Mona Zulficar, chairman of EFG-Hermes Holding, the Arab world’s biggest publicly traded investment bank. “With the crisis now with the independence of the judiciary and crisis in rule of law, this is something that the business community will be looking for a swift resolution that would reinforce legal stability.”
European institutions including the EBRD, the European Investment Bank and the European Commission plan to disburse about 5 billion euros ($6.5 billion) to Egypt in the current fiscal year, European Union officials said at a Nov. 14 loan signing ceremony in Cairo.
“We are quite optimistic about Egypt’s growth potential,” said Berglof. “There are a number of issues that need to be addressed. Subsidies are a big problem for us. We can’t invest in companies that are based on subsidies. That’s an important obstacle.”
Investment Minister Osama Saleh said today in an interview that the country has achieved about 22 percent of the 276 billion Egyptian pounds ($46 billion) in investments the country needs to achieve its growth target this current fiscal year.
Tweet
Pope Shenouda Article