Injured but still alive, liberals speak out in Egypt 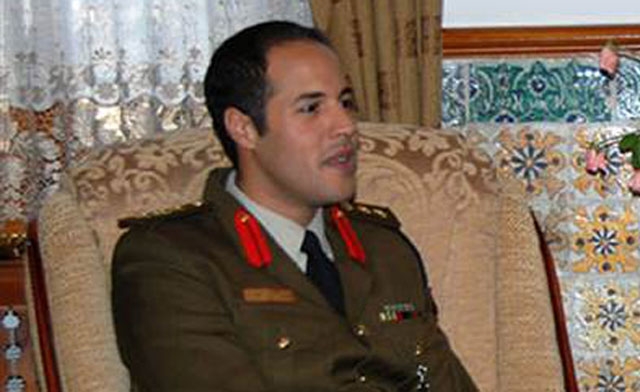 The Tahrir Square, or January 25th, Revolution has proved that the Islamists are the strongest civil society and political force in Egypt. Even though the Muslim Brotherhood's dogma largely rejects the democratic principle of the separation of state and religion, and resists constitutionally-based gender equality and the liberal conception of religious pluralism, it has become, by thoroughly democratic means, Egypt's power-broker and the patron of President Morsi.  The liberals in Egypt, who provided the original driving force of the revolution, have quickly been pushed into a secondary political in the post-Mubarak era.

This state of affairs, including the Brotherhood’s efforts to further strengthen its political hold, could easily lead casual observers to think that despair permeates liberal political circles and that their voices have  faded from public discourse in Egypt.

But recent events provide evidence that it is too early to rush to this conclusion. At the beginning of October 2012, President Morsi celebrated his first 100 days in office. With a backdrop of criticism that little progress has been achieved so far under his administration, he declared that he had indeed kept most of his campaign promises. Morsi’s defense of his own record did  not deter liberal and leftist group returning to Tahrir Square on October 12, under the slogan ‘Friday of Accountability’,  to denounce Morsi’s alleged failure to fulfill his promises and also to protest against the new constitution proposed by the Islamist-dominated Constituent Assembly. Deeply concerned by the accelerated Islamization of the country since the elections, they demanded more pluralism in the make-up of the constitution-drafting body.

Violent clashes took place between the protestors and Brotherhood supporters, who were holding a separate rally in the square. Liberals and leftists accused Brotherhood supporters of instigating the violence, which left 100 people injured, and demanded investigation and apology. Abdel-Halim Qandil, a journalist and co-founder of Kefaya ("Enough"), a well-known opposition pro-democratic movement in the late Mubarak era, accused the Brotherhood of pushing its young members to resort to violence, according to a report in the Egyptian Ahram Online: http://english.ahram.org.eg/NewsContent/1/64/55909/Egypt/Politics-/Brotherhood-encouraging-sin-among-young-members-Jo.aspx “Brotherhood leaders act like blind elephants and do not realize the magnitude of the social and political anger that is growing on the streets. It is escalating into calls for a new revolution." The following Friday saw thousands of liberal and leftist activists returning to the streets; after marching across Cairo they rallied at Tahrir Square, demanding again that the new constitution represent all Egyptians.

In marking the first 100 days of the Morsi presidency, several intellectuals fired critical arrows at the president and his movement. Thus, for example Zeinab Abul-Magd, an Egyptian scholar of Middle East history , published an opinion piece in the Egypt Independent, an English-language weekly describing how, in her view, Morsi  and the Brotherhood have done nothing significant in the first 100 days of the new regime, “except eagerly sleep in Gamal Abdel Nasser’s bed”, namely taking control of all state apparatuses, whose foundations were laid down decades ago by Nasser. Whilst not ignoring the darker aspects of the Nasser era, Abul-Magd sought to to present a comparison with Morsi by highlighting the constructive aspects of Nasser’s own first 100 days in power. During this time, she argues, Nasser succeeded in turning a military coup that had deposed a king into a social revolution, by responding to the demands of the working classes and reforming the socioeconomic order.

In contrast, Abul-Magd writes, Morsi has responded to none of the demands of the lower or middle classes that were expressed by the 25 January revolution. Rather, he has turned a popular revolution “into a process of regime change in which bearded business tycoons have replaced Mubarak’s clean-shaven magnates.” Whereas Nasser succeeded in developing heavy industry through the public sector, Morsi and his Brothers lack any experience with manufacturing industry and their economic expertise is argued to be “limited to retail business ventures and their economic capabilities are confined to managing big supermarkets and stores of imported luxury goods”.

Another critical voice has been provided by Emad Gad, a political expert at the Al-Ahram Centre for Political and Strategic Studies, who notes that during political campaigns it is usual for candidates to lie to the electorate by promising solutions to never-ending problems in a very short time. Similarly, Morsi’s promises turned out to be illusionary, since he has done nothing since he came to power.  Gad accuses the president and the heads of the Brotherhood’s Freedom and Justice Party of adopting the same old strategy as the previous regime, believing that no-one will hold them responsible for their deeds. They are wrong, stresses Emad Gad: “People changed. The new Egypt is a place where public opinion matters." NGOs have also joined the critical front: the Nadim Human Rights Center in Cairo released a report indicating that the scale and kind of severe human rights abuses committed by the Egyptian police have not changed significantly in the first 100 days of  Morsi’s term, with police having killed at least 34 people and tortured at least 88 since Morsi came to power.

Nowadays, liberal activists, thinkers and writers in Egypt walk on a path first trodden almost a century ago. Despite their minority status, liberal activists in Egypt have spoken out, unafraid, for decades, challenging authoritarian rules and doctrines, including the most foundational Islamist conceptions of politics and modes of governance. Liberal voices did not disappear from the Egyptian political and cultural scene even during the almost sixty years of authoritarian regimes since the military coup of 1952. The increasing power of Islamists since the 1970s, and concomitant manifestations of Islamic extremism and militancy, did not deter certain liberal intellectuals from their call to establish Egypt on the basis of a secular identity, as a Western-style democracy, and to debate bitterly with Islamists on the judicial basis of the nation-state of Egypt: should the laws be derived from shari’a, Islamic law, or from secular legal tradition.

Liberals in Egypt have been always been secondary actors, let alone now when they are overshadowed by the political dominance of Islamist parties. It seems wise to be cautious about exaggerating the immediate political significance of their current protests in the public sphere and their challenging voice in certain - liberal-friendly - media outlets. But at the same time one cannot ignore either their implicit message: Egypt is not (yet) a prisoner of Islamist doctrinal conformity, and counter voices still persist. The Muslim Brotherhood is itself proud of its history as a veteran champion of the opposition to the authoritarian rule of Mubarak. Now, as Brotherhood supporters settle into the halls of power, they need to face an unavoidable liberal democratic counter-voice, in a country that has been proved to be along its modern history a laboratory for diverse, vivid and pioneering streams of political thought.