by The Associated Press 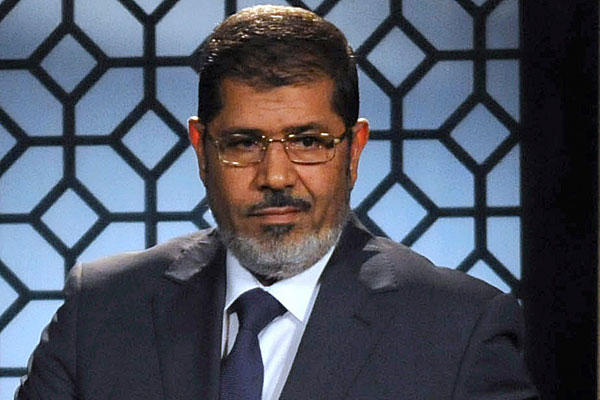 Egyptian President Mohammed Morsi on Wednesday appointed as the country’s new intelligence chief a veteran official who was involved in the brokering of last year’s release of an Israeli soldier captured by Palestinian militants, the official news agency said.

Mohammed Raafat Abdel-Wahed was key in the Cairo-mediated deal between Hamas and Israel that led to the freeing of Gilad Schalit in 2011 in exchange for more than 1,000 Palestinian prisoners. His appointment was reported by the Middle East News Agency.
Morsi fired the previous chief over the Aug. 5 slaying of 16 Egyptian soldiers in the Sinai along the border with Gaza and Israel. Abdel-Wahed was originally named as interim head. The former intelligence chief, Murad Muwafi, was fired because he did not act on an Israeli warning that militants planned an imminent attack in Sinai.
Muwafi was appointed by Hosni Mubarak to replace longtime intelligence chief and confidant Omar Suleiman, who was named vice president in the ousted leader’s final days in office before a popular uprising forced him to step down last year.
Less than a week after he fired Muwafi, Morsi, an Islamist, ordered the retirement of the country’s top two military commanders, but that appeared to be more about the president asserting his authority than the Sinai slayings.
The country’s State Security prosecutor, meanwhile, said on Wednesday that police arrested a main suspect in the Aug. 5 attack during protests last week outside the U.S. Embassy in Cairo over an anti-Islam film.
It said Mahmoud Fawzi was remanded in custody for 15 days pending the completion of the investigation. Fawzi was among more than 200 people arrested by police during last week’s protests.
Rights groups say Egyptian security agencies often make indiscriminate mass arrests in the wake of major extremist attacks.
Tweet
Pope Shenouda Article