Families of Abu Qurqas demonstrate in front of the Supreme Court 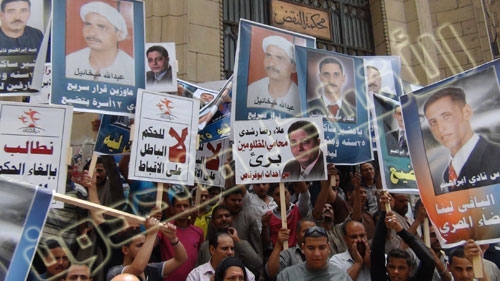 Families of the condemned Copts of Abu Qurqas have arranged a demonstration in front of the Supreme Court to demand the military governor to release the 12 Copts convicted in the case.

They demanded a fair trial and denounced the ruling of Minya court in which 12 Christians were sentenced to life imprisonment while 8 Muslims were acquitted in spite of committing many crimes like holding weapons and explosives, attempting to kill the others and demolishing their properties.
Tweet
Pope Shenouda Article