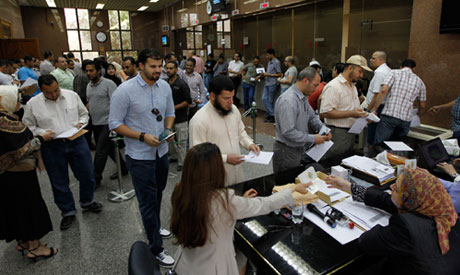 The body responsible for managing the electoral process has distributed 14,000 judges across 352 main polling stations and 13,000 sub-polling stations. It has reportedly received requests from 923 foreign reporters to cover the historic event.
An official judiciary source assured MENA, on Tuesday, that the SPEC has taken all the necessary measures to ensure the success of the elections and that discussing allegations of electoral fraud is "pointless" as there is no evidence to substantiate the claims.
"The first objective of the January 25 Revolution was to ask for judicial supervision of all elections. Previously, when the former regime wanted electoral fraud it cancelled supervision of the polling stations" the source added.
Farouk Sultan, head of the SPEC, also announced Tuesday that the police and the army will secure the stations from the outside starting next Monday but "will not intervene in the electoral process."
Earlier on Tuesday, the US-based Carter Center, led by former president Jimmy Carter, announced in a press release that it will observe Egypt's presidential elections after it received SPEC accreditation.
Egypt's presidential elections will take place on 23 and 24 May, with a runoff vote on 16 and 17 June.
Tweet
Pope Shenouda Article