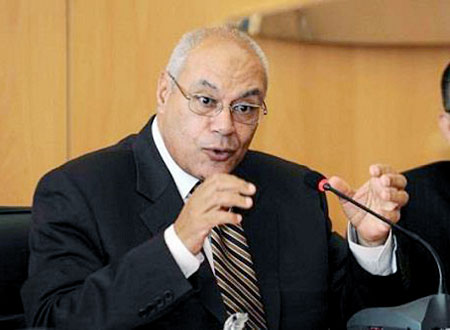 Mohammed Salim al-Awa, a candidate for the presidency asked the Supreme Council of Armed Forces to arrest sheikh Hassan Abul Ashbal, a salafi leader who incited killing the SCAF members and the soldiers.

This came in his interview with Wael al-Ibrashi last Friday on Dream satellite channel. Awa expressed his anger about what the sheik had done.
Awa expressed his surprise that some demonstrators tried to break into the Ministry of Defense adding that such disgraceful behavior is never committed by a patriot person who loves his country
The sheikh Hassan Abul Ashbal had called through al-Rahma satellite channel all Egyptians to siege the Ministry of Defense and kill the soldiers as this, according to him, is an Islamic duty as the army violates the law of Allah!
Tweet
Pope Shenouda Article