Sabahi demands the withdrawal of the Egyptian ambassador from Saudia Arabia 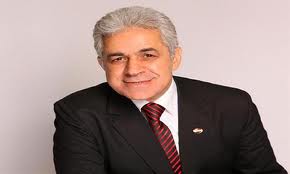 Sabahi explained that the dignity of Egypt is represented by the dignity of its citizens at home and abroad, and thus we can’t accept any insult to an Egyptian citizen abroad.
He added that he did not want to escalate the situation with an Arab country such as the Saudi Arabia, especially with the common interests between the two countries, but as the Saudi Arabia has made a decision to withdraw its ambassador for consultation, Egypt has to do the same and immediately.
Sabahi pointed out to the need to have a connection between officials of the two countries aiming at overcoming the crisis speedily and fairly. He demanded an Egyptian team to participate in the investigations with al-Gizawy.
Tweet
Pope Shenouda Article