Church prepares its members for the founding committee of the constitution 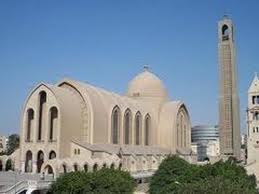 Copts United knew that the Orthodox Church has sent a letter to the Parliament includes nominations of some religious men and legal figures for the membership of the founding committee of the Constitution.
A source mentioned that the list consists of ten people including Abba Moussa, Bishop of youth, and some of the legal experts of General congregation council members like judge Monsef Suleiman and judge Nabil Merham.
Dr. Andrea Zaki, Vice-President of the Evangelical church said that the new formation of the committee reflects all spectrums of society, stressing that the Evangelical church has not determined its representative yet.
On the other hand, Abba Yohanna Kolta, the patriarchal assistant of the Coptic Catholic Church, said the Catholic Church has not received an official invitation yet to nominate a representative to the committee. He added: "Most probably, I would be the representative of the Catholic Church in the founding committee of the constitution".
Tweet
Pope Shenouda Article