Emad Gad: We think about an Article to prevent changing the Constitution 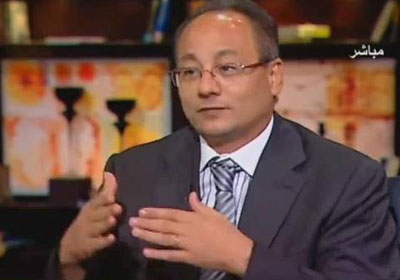 MP Emad Gad said: “We can draft a good constitution which is agreed upon, and then it will be changed by the parliamentary majority. So, we’re now thinking about writing an article in the new constitution to prevent any changes for a while”. He added that South Africa did this when Nelson Mandela became in charge, they made an article in the constitution saying: “These Articles shall not be modified for 20 years”.
Gad added during his interview with Lamis al-Hadidi on CBC satellite channel yesterday that he doesn’t think the Supreme Council of Armed Forces will accept the law of political isolation, adding that Muslim Brotherhood used to say that the great Egyptians gave them the Parliamentary majority, and he hopes they let the Egyptians choose. On the other hand he praised al-Azhar for his patriot and moderate role throughout history and especially on their decision of withdrawal from the committee to draft the new constitutions as it didn’t represent all Egyptians.
Tweet
Pope Shenouda Article