Sohag: Attacks on the White Monastery and threatening the monks 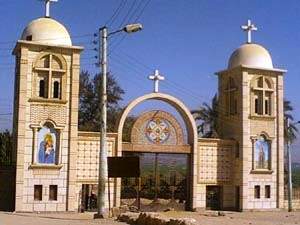 The deputy told Copts United that a group of thugs who seized the land has came three days ago to the farm of the monastery and took off trees and stole the power cables of the farm. They fired bullets at the monastery to intimidate the workers.
He added that they were arrested before and were released on condition that they won’t do it again. But now they are coming back with their guns and we don’t know what to do if the police leave the place.
Tweet
Pope Shenouda Article