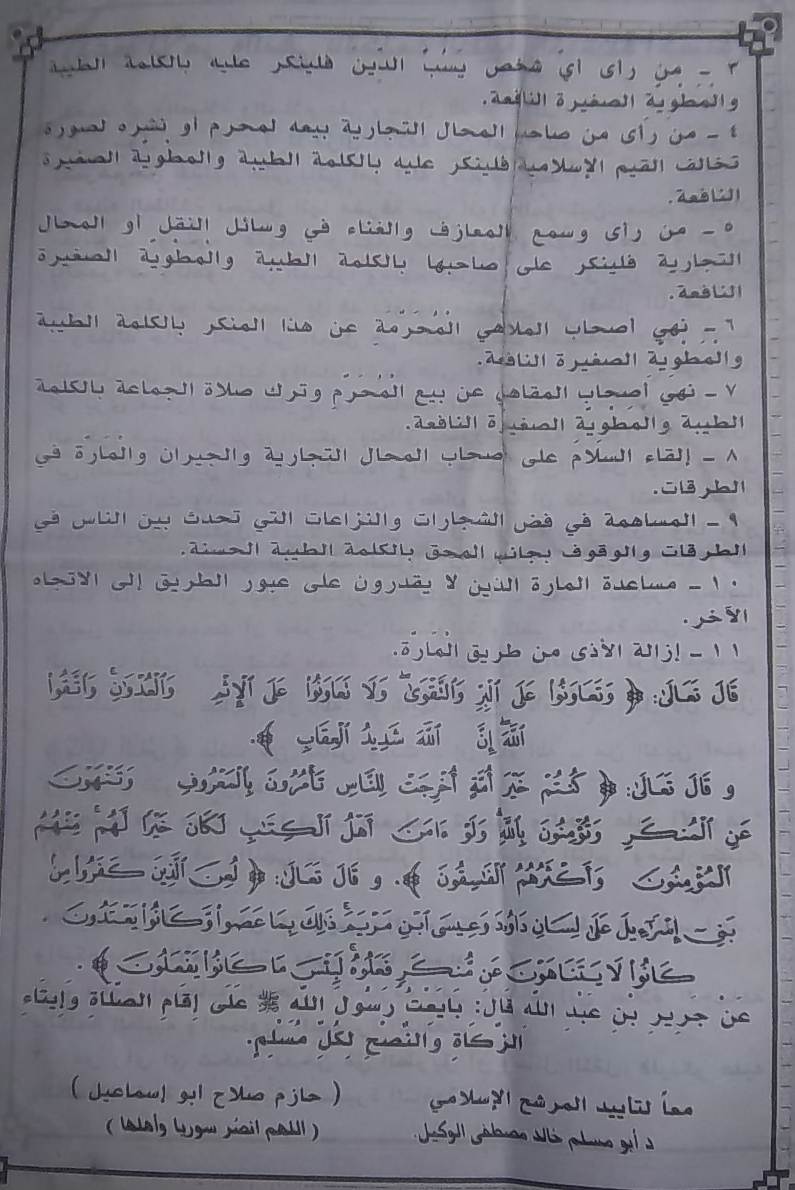 Copts United has received a Copy of a publication that was distributed in Tahrir square entitled: "A Call to ordering the good and forbidding the wrong using nice words”. It was distributed by a bearded young man wearing a white robe.

The publication called the believers (Muslims) to do their job not only receive teachings and sermons in mosques, but also to invite the owners of the shops to go to group prayer in the mosques with kind words and  beneficial publications, as well as advising any person who smokes in public places not to do so.
The publication added: "If the owners of shops sell or publish something which is against the Islamic values or teachings, believers should ask them nicely to abandon such acts and to teach them with words and publications” The publication also gave the same advice about those who listen to music in public places as well as the night clubs owners.
Tweet
Pope Shenouda Article