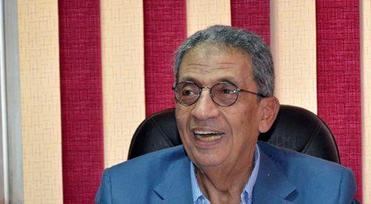 Amr Moussa would create a decentralized Egyptian state and depend on “true democracy” if elected president, campaigners for the candidate wrote on Facebook Monday.

The campaigners published several statements by Moussa on his plans for leading the country. During his numerous tours across Egypt, the former Arab League secretary general has repeatedly discussed his vision for building a modern state.
“I know that ruling Egypt is not easy, but it needs everyone to come together, including the government, president and the people, to take on this responsibility,” the campaign quoted Moussa as saying.
Moussa pledged to work hard to secure a decent life for all Egyptians by establishing a state in which justice prevails, equality is achieved and real efforts are made to resolve problems.
The campaigners offered Moussa’s vision on a number of important issues under the broad question, “What will Amr Moussa do for Egypt?”
“The state will be administered by a decentralized system and will depend on true democracy ... and Egypt will be transformed into a workshop that everyone will take part in,” they quoted the candidate as saying.
Moussa said university education cannot be left as is, and that if he is elected, universities will become independent and will determine their needs based on the number of students, according to the campaign.
The campaigners also addressed Moussa’s vision for problems faced by Copts.
“This problem will be solved in a drastic manner and will not recur,” they quoted him as saying, adding that the candidate is against traditional councils and the displacement of any Egyptian citizen, regardless of his or her religion.
Tweet
Pope Shenouda Article