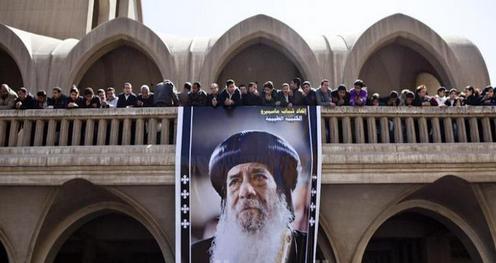 In its full papal uniform, the body of late Pope Shenouda III remains on display at the Saint Mark Cathedral in Abbasseya so that mourners can bid farewell to an exceptionally influential patriarch, under whom the Coptic Church sought to remain the sole political and religious authority for Egypt’s Coptic minority.