The British House of Lords: Palestinians have more rights in Israel than Christians do have in Egypt 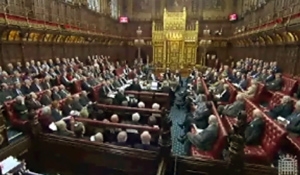 Yesterday The House of Lords discussed in four hours the position of the religious minorities in the East especially Christians. The members of the assembly talked about the position of Christians in Middle East asserting that Democracy would be ill-used and would lead to more violence against the minority.

Ibrahim Habib the head of Copts United in England and vice president of the union of Coptic organizations in Europe stated to Copts United “ The House of Lords discussed the position of Copts in Egypt” He added that the members admitted their negligence of the Copts’ rights for many years. Moreover, they wonder how Christians can be treated in such a way in Middle East with no one concerning about the case.
One of the assembly’s members explained that Palestinians have more rights in Israel concerning education and health care more than Christians do in Egypt. Another member added that the Egyptian government never cares about Christians who are killed and assaulted.
Finally, The House of Lords demands that the financial aid introduced to Egypt should be conditioned with its respect to humans’ rights. They also ask for sending an envoy of humans’ right to check the position of the minority in Middle East.
Tweet
Pope Shenouda Article

Three main virtues must be involved in every virtue, like thread in rosary beads, without which a virtue shall not be considered a virtue. These are wisdom, love, and humbleness. Every virtue should be practiced prudently otherwise it may turn into something different or to a distorted form of virtue. Moreover, a virtue should include love for God, love for good, and love for others, or it will lose its value. And a