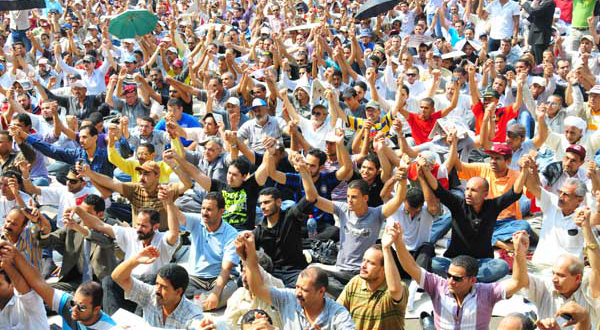 CAIRO: Thousands of protesters rallied in Tahrir Square on Friday dubbed "Reclaiming the Revolution," calling for the ruling army council to hand over power to a civilian rule as soon as possible.