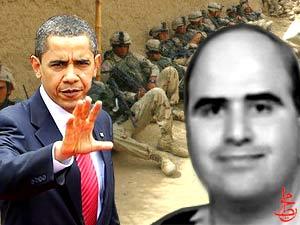 This past Thursday 13 American Soldiers were killed and another 30 wounded at a horrific mass shooting at US Army installation, Ft Hood Texas. As I watched in horror and then anger I recalled my two years of final service in the Army as a Battalion Commander at Ft Hood, 2002-2004.

My wife and two daughters were stunned at the incident having lived on the post in family housing.
A military installation, whether it is Army, Navy, Air Force, Marine, or Coast Guard, is supposed to be a safe sanctuary for our Warriors and their families. It is intended to provide a home whereby our “Band of Brothers and Sisters” can find solace and bond beyond just the foxhole but as family units.
A military installation is supposed to be a place where our Warriors train for war, to serve and protect our Nation.
On Thursday, 5 November 2009 Ft Hood became a part of the battlefield in the war against Islamic totalitarianism and state sponsored terrorism.
There may be those who feel threatened by my words and would even recommend they not be uttered. To those individuals I say step aside because now is not the time for cowardice. Our Country has become so paralyzed by political correctness that we have allowed a vile and determined enemy to breach what should be the safest place in America, an Army post.
We have become so politically correct that our media is more concerned about the stress of the shooter, Major Nidal Malik Hasan. The misplaced benevolence intending to portray him as a victim is despicable. The fact that there are some who have now created an entire new classification called; “pre-virtual vicarious Post Traumatic Stress Disorder (PTSD)” is unconscionable.
This is not a “man caused disaster”. It is what it is, an Islamic jihadist attack.
We have seen this before in 2003 when a SGT Hasan of the 101st Airborne Division (Air Assault) threw hand grenades and opened fire into his Commanding Officer’s tent in Kuwait. We have seen the foiled attempt of Albanian Muslims who sought to attack Ft Dix, NJ. Recently we saw a young convert to Islam named Carlos Bledsoe travel to Yemen, receive terrorist training, and return to gun down two US Soldiers at a Little Rock, Arkansas Army recruiting station. We thwarted another Islamic terrorist plot in North Carolina which had US Marine Corps Base, Quantico as a target.
What have we done with all these prevalent trends? Nothing.
What we see are recalcitrant leaders who are refusing to confront the issue, Islamic terrorist infiltration into America, and possibly further into our Armed Services. Instead we have a multiculturalism and diversity syndrome on steroids.
Major Hasan should have never been transferred to Ft Hood, matter of fact he should have been Chaptered from the Army. His previous statements, poor evaluation reports, and the fact that the FBI had him under investigation for jihadist website posting should have been proof positive.
However, what we have is a typical liberal approach to find a victim, not the 13 and 30 Soldiers and Civilian, but rather the poor shooter. A shooter who we are told was a great American, who loved the Army and serving his Nation and the Council on American Islamic Relations (CAIR) stating that his actions had nothing to do with religious belief.
We know that Major Hasan deliberately planned this episode; he did give away his possessions. He stood atop a table in the confined space of the Soldier Readiness Center shouting “Allahu Akhbar”, same chant as the 9-11 terrorists and those we fight against overseas in the Iraq and Afghanistan theaters of operation.
No one in leadership seems willing to sound the alarm for the American people; they are therefore complicit in any future attacks. Our Congress should suspend the insidious action to vote on a preposterous and unconstitutional healthcare bill and resolve the issue of “protecting the American people”.
The recent incidents in Dearborn Michigan, Boston Massachusetts, Dallas Texas, and Chicago Illinois should bear witness to the fact that we have an Islamic terrorism issue in America. And don’t have CAIR call me and try to issue a vanilla press statement; they are an illegitimate terrorist associated organization which should be disbanded.
We have Saudi Arabia funding close to 80% of the mosques in the United States, one right here in South Florida, Pompano Beach. Are we building churches and synagogues in Saudi Arabia? Are “Kaffirs” and “Infidels” allowed travel to Mecca?
So much for peaceful coexistence.
Saudi Arabia is sponsoring radical Imams who enter into our prisons and convert young men into a virulent Wahabbist ideology….one resulting in four individuals wanting to destroy synagogues in New York with plastic explosives. Thank God the explosives were dummy. They are sponsoring textbooks which present Islamic centric revisionist history in our schools.
We must recognize that there is an urgent need to separate the theo-political radical Islamic ideology out of our American society. We must begin to demand surveillance of suspected Imams and mosques that are spreading hate and preaching the overthrow of our Constitutional Republic……that speech is not protected under First Amendment, it is sedition and if done by an American treason.
There should not be some 30 Islamic terrorist training camps in America that has nothing to do with First Amendment, Freedom of Religion. The Saudis are not our friends and any American political figure who believes such is delusional.
When tolerance becomes a one way street it certainly leads to cultural suicide. We are on that street. Liberals cannot be trusted to defend our Republic, because their sympathies obviously lie with their perceived victim, Major Nidal Malik Hasan.
I make no apologies for these words, and anyone angered by them, please, go to Ft Hood and look into the eyes of the real victims. The tragedy at Ft Hood Texas did not have to happen. Consider now the feelings of those there and on every military installation in the world. Consider the feelings of the Warriors deployed into combat zones who now are concerned that their loved ones at home are in a combat zone.
Ft Hood suffered an Islamic jihadist attack, stop the denial, and realize a simple point.
The reality of your enemy must become your own.
Tweet
Pope Shenouda Article