Problems on hold:Extremism on the street 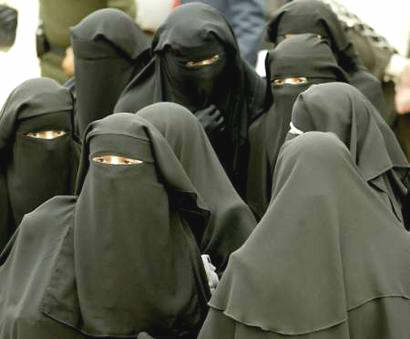 Last week I wrote about the booklets which are distributed to pedestrians or commuters in town free of charge, and which brim with material that strongly promotes fundamentalist, extremist thought. According to the information cited in a sample booklet which I tackled, it was printed in a printshop in Alexandria. I can vouch that the booklet was printed under the eyes and noses of the security officials, since it is a well-known fact of life in Egypt that the security apparatus keeps a very close eye on printshops, avails itself of a copy of whatever is under print, and gives itself the right to confiscate anything it deems threatening to national security or social peace. So how could this booklet have escaped the security apparatus’ attention? Even if we assume such literature is printed in primitive out-of-the-way shops, how could they still avoid the security eye? And if they do, how can the security authorities miss them as they are given away on public buses and metro, or on the streets where they are distributed on the pavements or flung at drivers in traffic lights? What are the security authorities waiting for in order to ban such detrimental literature? Or is it because the hostile literature targets non-Muslims in general and Christians in particular, that security officials do not bother to intervene? Would they equally refrain from any intervention were the ruling regime or the constitutional legitimacy the target of the hostilities? The paradoxical stance adopted by the security authorities vis-à-vis the perils that threaten the homeland raises many questions, and confirms the imperative need to adopt a political perspective instead of an entirely security perspective to resolve this dilemma.Today I resume tackling the spread of the culture of fanaticism and hate in our streets. Sadly, this culture has gained so much ground that once I opened this file I was inundated with letters from readers who cited countless instances of fanatic practices that thrive unchecked, and unquestioned, in our community From the town of Tahta in Sohag, Upper Egypt, Watani reader K.F. wrote as follows: “One of the biggest mosques of Tahta is that of Hajj Abdel-Aal. Its minaret is the tallest building in Tahta, and is fitted with eight microphones which carry its message far and wide. The mosque imam makes it a business of his to incessantly insult Christianity and Christians whether through scorn or direct offence. The microphones carry his words to the townspeople Muslim and Christian alike—neighbours, passers-by and worshippers. It is not as though this mosque is some small, privately-owned mosque the activities of which escape official attention; it is a State-owned mosque supervised by the Ministry of religious endowments. Even more intriguing is that this mosque lies a mere several metres away form the police station, meaning that the insults against Christianity occur under the direct eye of the police. Yet none of the officers or staff ever intervened to stop the absurd excesses, as though their only responsibility is to intervene—usually too late—to contain the so-called sectarian incidents. Apart from the Christian anger and humiliation generated by the hate address of the imam, it practically amounts to a perpetual crime of galvanising Muslims against Christians and nurturing a climate of hate.“I do not write of some secret or underground cell of conspirators against this country, I write of instances which occur in broad daylight and which are yet treated with gross disregard by the people and authorities of Tahta.” The letter from Tahta confirms that extremism is alive and kicking in our land. And that the official disregard towards it is tantamount to a crime committed against the homeland. Until such instances succeed in arousing the consciences and conscientiousness of officials, I advise Tahta Christians to take positive action by involving their Muslim neighbours and friends in their predicament. I recall that one of my Muslim friends in Cairo took the initiative of reproaching the imam of the mosque he attends for branding Christians as apostates. Until the authorities in Egypt take matters in hand we ought to take it upon ourselves to reverse the culture of hate, basing on the age-old compassion between Egypt’s Muslims and Copts.