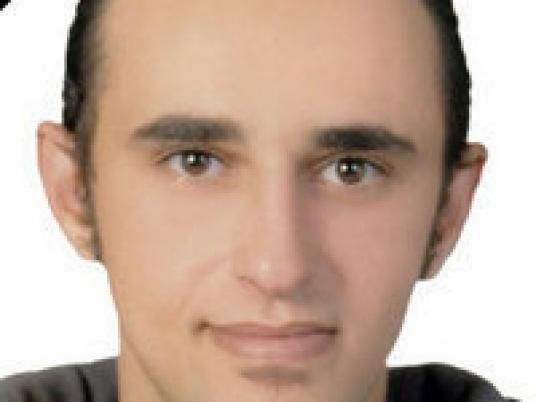 ALEXANDRIA - Alexandria's criminal court on Saturday adjourned, until 22 October, the trial of two policemen implicated in the death of Khaled Saeed.

Saeed, born in 1982, was allegedly beaten to death by two policemen in Alexandria on 6 June, 2010.
Mahmoud Abou Gahazala and Awad Ismail are currently charged with illegally arresting Saeed and using of excessive force and torture against him.
Judge Moussa al-Nahrawy has decided to postpone the case to allow both the plaintiff’s and the defendants’ lawyers to review the report of the third forensic committee, composed of professors from Cairo, Ain Shams and Alexandria Universities.
The judge also imposed a gag order, preventing media coverage of next month’s session, in which the lawyers will discuss the details of the third report with the professors who conducted it.
A state autopsy last year declared that Saeed died after choking on a bag of marijuana. His family, and Egypt's former chief medical examiner, Ayman Fouda, accused the report of being politically motivated.
The family submitted another report prepared by doctors saying that he died because he was beaten by police.
In June, the court ordered the formation of a third forensic committee who would compare the two reports and produce a final verdict.
“The result of the third report will be critical and decisive in the case as it will determine whether there is a criminal suspicion or that Saeed died after swallowing the marijuana bag. If it proves the former, charges will be changed to murder and accordingly get the matching punishment,” said Mahmoud al-Afify, one of Saeed’s lawerys
Afify added that he trusts the third committee and that the university professors responsible for the report have a high level of knowledge and credibility.
The defendants’ lawyer, Ihab Abdel Aziz, requested the release of the two policemen as they are the main caretakers of their families and have been detained for the past 15 months.
“The two defendants handed themselves in in February 2011 even after 28 January’s riots [during which they briefly escaped], which proves they are innocent and so they could at least be released until the court’s final verdict,” said Abdel Aziz.
Saeed’s mother and sister attended Saturday’s session and expressed their optimism about the trial.
“I have very high hopes that victory is very soon. We know that there is some corruption in the judicial system but this judge has been very good even prior to the revolution. He follows the correct legal steps regardless there is a revolution or not,” said Zohra, Said’s sister.
Meanwhile, dozens protested outside the courtroom chanting in support of Saeed and against the activation of Emergency Law.
“They deceived us and said Saeed is a drug addict but his blood is not cheap,” “Postpone it once and twice, we will never forget the case,” “Khaled died by emergency, we won’t be ruled by emergency,” were some of the chants repeated by protesters.
Activists rejected the court’s gag order, describing it as “an attempt to shut up critics.”
“The public censorship through media has been the only guarantee to assure the court’s credibility but now the judge even took away this right. Saeed’s case is not only a criminal case but also a public opinion one. We are still suffering from the system’s restrictions on freedom of speech,” said Mahinour Al-Masry, 25, an activist with the Revolutionary Socialists movement.
The ruling Supreme Council of Armed Forces (SCAF) announced two weeks ago a broadening of the scope of the Emergency Law until June 2012, following violence that ensued after some protesters stormed the Israeli Embassy in Cairo.
“Khaled Said is the victim of emergency and its activation marks the return of the old regime and a violation of all of the revolution’s demands. Freedom, dignity and social justice got scrapped and replaced by Emergency Law which means the death of the revolution,” said Ahmed Fahmy, the April 6 Youth Movement coordinator in Alexandria.
In the meantime, the courtroom was highly secured from the inside and outside by both police and military forces as it was surrounded by about 20 military armored vehicles and barbed wire.
The prominent Facebook group, “We Are All Khalid Saeed,” created by Wael Ghoneim, publicized his death and contributed to resentment against the police. The group, which helped to mobilize popular anger against the government, was a catalyst for Egypt’s revolution, which began on 25 January, 2011, and resulted in the resignation of former President Hosni Mubarak 18 days later.
Tweet
Pope Shenouda Article