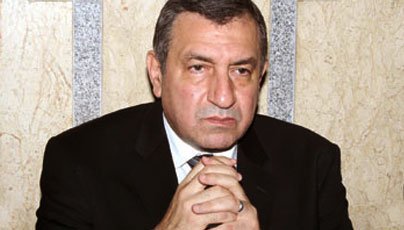 Amid rampant acts of thuggery and the absence of a unified law for building places of worship—which Prime Minister Essam Sharaf seems to have forgotten all about—new forms of aggression have emerged. Extremist Islamic groups have put aside the law, undermined the authority of the State, and imposed their custody on public will in the most audacious, assertive, insolent manner.  And why should not they when the official response to their threats and crimes is at best feeble and helpless. The authorities never go beyond holding traditional ‘reconciliation meetings’, a measure which victims see as an unequivocal insult and the utmost in humiliation since it places victim and offender on the same footing, and imposes on the former unjust settlements which flagrantly violate citizenship rights.

Before going through today's crime, I wish to remind that every cloud has a silver lining. What we witness today is nothing to compare with what awaits Egypt should those extremists—who wreak havoc on the homeland in the name of a religion they understand very little of—take hold of the country. The heinous acts committed every day at the hands of Islamists should serve as a dire warning for all of us—Muslims and Christians alike—especially that the coming weeks should see the contests for the legislative elections in full force. The challenge is to send to Parliament representatives loyal to the homeland, and keep away those who manipulate religion for their own ends.
The village of Merinab in Edfu, Aswan, houses a small, modest church consecrated to Mar-Girgis (St George). Time took its toll on the mudbrick building which was erected more than a century ago, and it became life threatening for the congregation.  When the Copts filed an application to Aswan governorate in 2009 to restore the church, the committee tasked with investigating the site found the building in such an appalling state that it was beyond restoration; it had to be demolished and rebuilt. In June 2010, Aswan governor issued a decision to rebuild the church and an official licence was issued in December 2010 allowing for the “establishment of a ground floor, a loft, and domes in accordance with the height allowed by the local building regulations.” Needless to say that all the papers and drawings had been handed in to the authorities by the Church officials, and that an order to demolish the church was issued on 8 October 2010 prior to the one authorising the establishment of the new building.
Demolition works started, ground to a halt during the 25 January Revolution, and were later resumed in June 2011. The new building began to take shape and, even before it was completed or its exterior and interior finished, the elated Copts began to hold prayers inside. Given the normally courteous, neighbourly relations between the village Copts and Muslims, matters proceeded in a normal way. On Friday 2 September, the day following the Muslim Eid el-Fitr, the Copts were amazed to spot some villagers gathering outside their unfinished church, chanting hostile slogans and calling for the demolition of the church. The Copts cried for the help and protection of the local authorities, reminding that their actions were totally lawful and their new church fully licensed, but the officials turned a blind eye to their plight. A traditional conciliation session was held in the presence of the local military ruler General Adel Hassan, the director of Edfu intelligence Brigadier-General Ayman Fathy, as well as the village elders, sheikhs and churchmen. Extremist Muslim villagers demanded that the new building should have no tower or bells, carry no crosses, and that no external microphones should be installed—no such microphones are normally installed by churches, only by mosques. Amid the official inaction and reluctance to implement the law, the church officials had no option but to bow to these unfair demands.
Obviously, the churchmen did not realise then that this was not the end of the road; their submission merely encouraged the extremists to further flex their muscles coercively and impudently. On 6 September, the extremists were back besieging the church and demanding the demolition of the church’s fully-licensed domes. The church building is designed in an old, multi-domed, environment-friendly style; it has six domes.
The flagrantly fanatic justification offered by the Islamists for their unreasonable demands is sufficient to make any religiously-discerning Egyptian sick. Sheikh Mohamed Moussa said “the villagers are against a church because they are not used to a building of that name in their midst; the presence of the church,” he insisted, “provokes Muslim anger.” Ali Mekky, another sheikh, said that: “After the revolution, the Muslims were surprised to see a church erected upon a licence issued by the former regime. This was a mistake because Muslims are not used to see churches with domes; this is needless and affronts Muslims.”
It is distressing that such events take place amid the leniency and surrender of the officials charged with upholding the rule of law. After another futile conciliatory session in which the Church refused to offer any more concessions and the Islamists threatened to pull down the new church after the Muslim Friday prayers the following day, the local officials asked the Copts not to pray in the church “to avoid bloodshed and ward off problems”.
The matter remains suspended. It is typical of the prevalent post-revolution scene: rampant chaos amid an undeclared war between the Salafis whose power augments by the day, and the authorities whose leniency has thrown to the wind the dignity of the State.
Tweet
Author