The making of a memorial: Reshaping ground zero 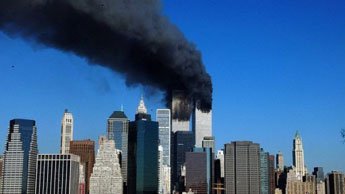 Amid the hum and rumble of downtown Manhattan -- not to mention the clang of steel and the tangle of cranes -- hard-hatted workers in fluorescent orange vests yell orders, spread cement, move machines. Empty boxes litter the ground. Shop lights hang from extension cords like Christmas bulbs.