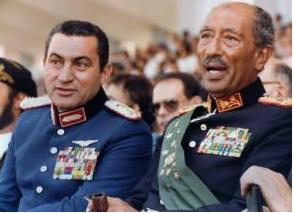 CAIRO — The brother of the Islamist assassin of former president Anwar Sadat returned to Egypt from exile in Iran on Sunday and surrendered to the authorities, an AFP correspondent reported.

Mohammed Shawki al-Islamboulli, who was sentenced to death in absentia for leading the terrorist network Al-Gamaa Al-Islamiyya in the mid-1990s, was whisked away by officials from the military prosecutor's office as he arrived in Cairo. He is due to be tried again under Egyptian law since the earlier verdicts were handed down in his absence. Islamboulli claimed his innocence and told reporters he had been living in Iran for the past eight years after a 16-year stay in Afghanistan. "I returned to Egypt because I have faith in the judicial system," he said, adding that the popular uprising that ended the 30-year regime of president Hosni Mubarak in February spurred his return home. Several relatives and members of Al-Gamaa Al-Islamiyya were at the airport to greet him. The group renounced violence in 1998. Sadat was shot dead by Islamist militants at a military parade in Cairo on October 6, 1981, three years after he signed the 1978 Camp David Accords that led to a 1979 peace treaty with Israel, the first by an Arab country. Islamboulli's brother Khaled was the main person to be convicted in the case and was executed in 1982. In March, almost a month after Mubarak was ousted by massive street protests, Egypt's new military rulers ordered the release of two other Islamist prisoners jailed in connection with Sadat's assassination.