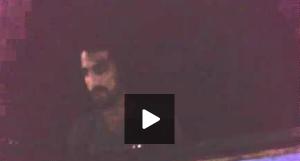 The widely-publicized Facebook poll ranking the popularity of Egyptian presidential hopefuls was marred by fraud, resulting in Omar Suleiman's current position of first place, an investigation by Al-Masry Al-Youm has concluded. The poll, which was conducted by the ruling military council, officially ended on July 19, but Facebook users may still vote on the military council’s official Facebook page. Suleiman, former head of Egypt’s general intelligence, is in the lead.

Suleiman occupied 7th place with 3 percent of votes 12 days after the voting first began, while Mohamed ElBaradei was the frontrunner with 30 percent of the votes. However, as voting neared the official deadline on 19 July, the proportion of votes cast for Ayman Nour and Suleiman increased dramatically, and Suleiman ended at 4th place when the poll officially ended.
Since the time the poll officially ended, however, the proportion of votes for Suleiman has continued to increase. He is now ranked in first place, at 21 percent of total votes cast.
Al-Masry Al-Youm observed an incredible jump in Suleiman votes from Sunday to Tuesday, the result of a scheme to employ youths to vote for Suleiman. In a coffee shop near Ahly football team headquarters in Nasr City, an Egyptian named “Rafat” (not his real name) occupied a room of a coffee shop and managed a group of 10-15 youths between the ages of 15 and 18. Using temporary email accounts, they were instructed to sign up for Facebook and vote for Suleiman.
Journalists from Al-Masry Al-Youm, posing as co-conspirators looking to profit from the scheme, got the group’s administrators to agree to grant them LE1 for each fraudulent vote the former obtained for Suleiman, and LE100 per 200 fraudulent email accounts. The accounts were to be obtained by way of sites specializing in temporary accounts that don’t exist longer than 10 minutes each.
Tweet
Pope Shenouda Article