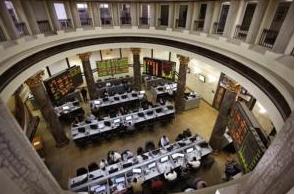 Locals non-Arabs made net sell-offs worth LE4.1 million and LE6.8 million, while Arab investors made net purchases worth LE10.8 million.

Still, the market was down for the week and on track for its worst three-week decline since March of 2009, when it hit 12-year lows.

Trading remained volatile, with stocks retreating after the sentiment reading early in the session, then rebounding by midday.

With less than two hours of trading left, composite volume was about six billion shares, far below the daily average of approximately 16 billion shares traded this week.