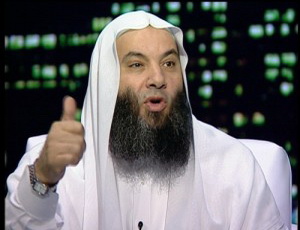 A former coach of Egypt’s National Football Team once said it was beyond him to understand the nature of the character of some of Egypt’s national team players. They carefully abided by training routines, they comprehended strategies and carried them out on the green field, and they knew very well their assigned roles. Yet when they played against foreign teams, he said, they started with remarkable commitment to plans, tactics and positions, until the other team scored an early goal. This would throw them into disarray; they would lose control and recklessly scramble for the ball to compensate for their loss. It would look, the coach said, as though they went back to the old ways of their childhood when they used to play kora sharaab, a haphazard football game played with a ball made of old socks, in the alleyways and lanes. Needles to say, he said, this method results in abject failure.

The coach’s words came to my mind as I followed the events of Friday 29 July and their aftermath, the “Friday of popular will and unity”. A stand for unifying the various national ranks was planned in Tahrir Square and other squares in various Egyptian towns, as called for by factions from across the political spectrum. The different forces and groups announced they would put aside disagreements, focus on areas of consensus, renounce violence and unite around the demands of the 25 January Revolution, in order for the nation to move forward.
The situation on the ground turned out different, however. Since the early hours that Friday, organised crowds from all over the country converged on the various squares though—admittedly—Tahrir had the lion's share. They came on foot chanting Islamic slogans and raising Islamic-oriented flags that had nothing to do with the Egyptian one, and they came in busloads. Their provocative, aggressive demeanour triggered fears that, contrary to what had been hoped, the day might end in increasing cleavage and deeper rifts among the groups that called for the Friday stand.
Once in Tahrir, the Islamists made sure their voice dominated the square. I use this term deliberately, since I am persuaded they are ‘vocal phenomena’ that substitute yells, threats and intimidation for reason, wisdom and political platforms. Even when the revolutionaries and liberals attempted to voice national slogans, the Islamists persisted in out-shouting them. In so doing, they reneged on their promises, severed their agreement with the other participants, and broke away out of context with the main demands of the revolutionaries.
The revolutionary youth and the other civil forces and groups were left with only one option, that of withdrawing in order to prevent further escalation and avoid possible clashes. The Islamists, led by the Salafis, were left with exclusive control of the arena; they chanted their slogans and voiced their demands to their heart’s content. At the end of the day, they displayed their persistence in reverting to kora sharaab and forgot all about the unifying principles and the agreements they had made with other partners in the homeland.
I am not scared of what happened. I told colleagues who called me to express their seething rage and fear that there was nothing new in Friday’s events. Islamists and Salafis were used to exploit vocal terrorism to tamper with the destiny of the nation, exclude others, and hijack the people’s will to their own ends. I even felt an eerie satisfaction that matters had so unfolded at an early stage before the parliamentary elections. Egyptians can now be able to decide who can be trusted with leading the nation. Those who cheat their partners in the homeland while claiming to cooperate with them, then have no qualms with stabbing them in the back, do not deserve to sit at the same table with other national forces.
Those who hijacked the “Friday of popular will and unity” revealed their ugly face when they seized the will of the public and brilliantly succeeded in dividing ranks. They pushed us back to square one, where a gulf of apprehension and mistrust stretched between us. Their leaders were pitiful when they later appeared on TV to claim they had failed to control the crowds they had mobilised to march on to the square. They would have us believe that although they managed to mobilise the crowds they hold no responsibility for the banners raised or the slogans chanted. However sickening they might be, these plain lies pleased me. I told people around that every cloud has a silver lining. This was a warning to faithful Egyptians: never fall to the deception; never give your votes to such groups.
Thank God for the “Friday of popular will and unity”. It showed us who is up to leading the nation and who can only play kora sharaab.
Tweet
Pope Shenouda Article