Friday of unity, People's will 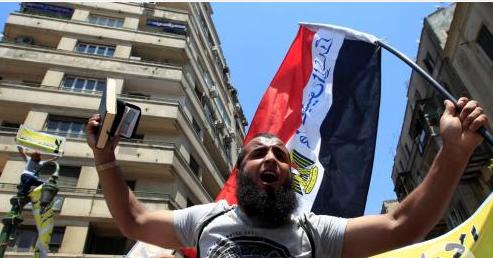 Salafist participates in Friday of Unity and people's will, Tahrir Square, Cairo, July 29, 2011. Political forces have agreed on unifying set of demands include swift trial for Mubarak, and former regime officials, cleansing state's institutions, ending military trials for civilians, justice for families of those killed during the revolution, raise of the minimum wage. on another hand Islamists dominated the square, demanding Islamic demands.