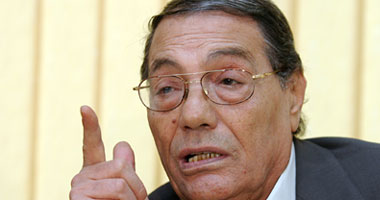 Contemporary discussions about the state of Egypt are largely focused on avenging the past rather than pondering over the future. Whether in the country’s freedom squares or in the media, strategic plans are mixed up with tactical imperatives, and core issues that require national consensus are combined with marginal ones over which people may safely disagree.

Many of those who take part in these discussions forget that the Supreme Council of the Armed Forces (SCAF) and Prime Minister Essam Sharaf are not the actual revolutionaries. Rather, they’ve been commissioned to run the affairs of the country in an interim period of six to nine months, which is quickly coming to an end. The remaining few weeks are not sufficient to achieve the goals of the revolution, particularly given that the revolutionaries themselves can barely agree over what these goals should be. Their only common objective was to bring down Mubarak’s regime, but on everything else they differ: Should the ruling military council stay or be replaced by a presidential council? Should Sharaf’s government remain in place or be dissolved? If it’s dissolved what will the new cabinet look like?
The interim government urgently needs to restore stability and the rule of law and bolster the economy. It must take measures to safeguard public rights and lay the ground for upcoming presidential and parliamentary elections. Only when a new parliament is elected and the majority party forms a new cabinet, will the transitional period end. SCAF will then return to its job of protecting national security while a revolutionary government and president can take the lead.
This current confusion over priorities is largely fuelled by fears that elections in our current political environment will give the Islamists an upper hand. This prompted discussions over whether the constitution should be written before parliamentary elections. In response, the SCAF announced it would draft a bill of supra-constitutional principles and criteria for selecting members of the constituent assembly that will write the new constitution. This move is intended to prevent any single political group from monopolizing the constitution-drafting process.
Several existing proposals for the new bill mistakenly delve into details rather than present general guidelines. Egypt’s new constitution must be based on five key principles, which I outlined in my book A Constitution in the Trash Can over 20 years ago.
1. Egypt is an independent state that protects its territorial integrity and the interests of its people. Egypt is a home for all Egyptians, regardless of their creed, gender or political views. All Egyptian citizens have equal rights and opportunities to be appointed to public posts.
2. Egypt is a democratic state where all power lies with the people. Its political system is based on religious and intellectual pluralism and the devolution of power through elections. Egypt is a parliamentary republic that distinguishes between the powers of the cabinet and the president and where the president only exercises power through his ministers.
3. Egypt is a civil state that separates between religion and politics. Its people legislate laws that are appropriate for their time. Parties based on religion are not permitted.
4. The main sources of legislation are the principles of Islamic Sharia’ and other monotheistic religious legal traditions as well the Universal Declaration of Human Rights.
5. The Egyptian state is obliged to guarantee social justice and a decent level of living, especially for low-income groups.
Tweet
Pope Shenouda Article