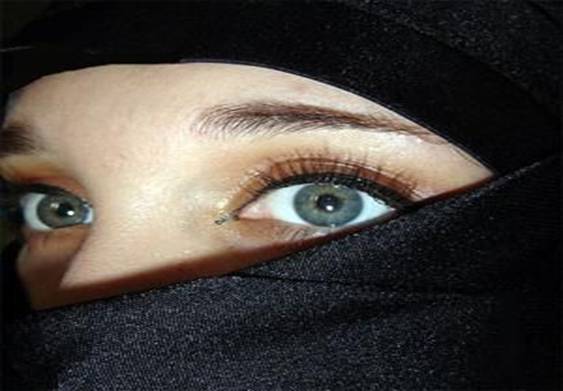 Just before Easter, Human Rights Service (HRS), the Oslo-based foundation for which I serve as information director, got a tip about what was described as an intense pressure to wear hijab at Vahl Grade School in downtown Oslo. Sources connected to the school told HRS that a female employee of Pakistani origin was openly trying to push hijabs on girls as young as first graders. She flattered the girls who didn’t wear hijab by telling them how pretty they would be if they only put on hijabs, and said that she could give them hijabs as gifts. The woman works for SFO (Skolefritidsordning or “School Free Time Arrangement”), which provides volunteers to take care of kids before and after school hours, and also works as a classroom assistant. In March she got the head of SFO to write the following note to the parents of two non-Muslim girls: “Can X get a hijab from SFO on Tuesday, March 31, 2009?” The letter is dated March 30 and signed by the head of Norwegian SFO. HRS has the original letter. We also have a photograph of posters from the school building announcing prayer times for the children.

An employee at Vahl School explains the spread of hijabs at the school to HRS in this way:

At Vahl School only five percent of the pupils are ethnic Norwegians. And as we know, children want to be like other children. When the Pakistani woman tried to press hijabs on two non-Muslim girls by telling them how “pretty” they would be in hijab, it was likely not difficult to “convince” the children: they surely wanted both to be pretty and to not stick out.

The assistant principal at the school, Grete Wahlmann, obviously doesn’t understand what kind of force and pressure on children these matters can involve or, for that matter, what values hijab represents. She told the Adressa.no website: “This was just a small gesture from SFO. There were two little girls who wanted to dress up in pretty, colorful, and glittering hijabs, and therefore SFO asked if it was okay with the parents for them to give them to the girls.”

“Just a small gesture.” “Pretty, colorful, and glittering hijabs.” Has the assistant principal asked herself the simple question: what is the purpose of dressing up children in hijabs? Has she pondered the question of why pretty much all the Muslim girls wear hijabs? And one more thing: how can it be that SFO has hijabs lying around waiting to be passed out to little girls? When did it become SFO’s job to carry out this kind of missionary work? It may also be relevant to ask, given that about 95 percent of the pupils have immigrant backgrounds: does SFO also hand out jeans to those girls whose personal development is hampered by the fact that they wear these garments that cover them up? That would perhaps have been seen as something more than a “gesture.”

The lack of understanding exhibited by the school authorities in this case is disturbing. HRS has for many years tried to convey the simple message that the first victims of religious compulsion are Muslims themselves. If the process continues, non-Muslims will be the next to be affected. It must be recognized that this is now the situation, something that may have been practiced over a period of time without the knowledge of the school authorities. But the school authorities don’t seem to grasp what is going on in the schoolyard and inside the school building. The same authorities have also allowed posters in the school announcing Ramadan, the Muslim month of fasting. Last Ramadan, posters hung in the corridors announcing prayer meetings. Depicted on the poster is a little girl, heavily draped in white hijab and a loose-fitting coat and clutching a Koran. The prayer meetings for the children are divided by sex, the school source tells us.

Vahl School, and likely a number of other schools in Oslo and other immigrant-heavy neighborhoods, obviously has a problem identifying its own essential culture and values. When one cannot manage to stand up for our democracy’s fundamental values, one is allowing oneself, of course, to be seduced by “the others,” out of a misbegotten respect for tolerance and so-called diversity.

The example that Vahl School illustrates clearly is why hijab and other such religious symbols must be removed from daycare centers, SFO, grade school, and high school. From the universities, hospitals, and all public institutions where employees are in contact with customers and with the public. To be sure, there is little reason to believe that this will happen within, let us say, the next decade. We have political leaders and a press corps that can best be characterized as self-satisfied paper dolls. A powerful struggle for values is going on right under their noses — but they are blinded, they are lazy, they are ignorant, they are cowardly. And, quite simply, they do not give a moment’s thought to the Norway of tomorrow.