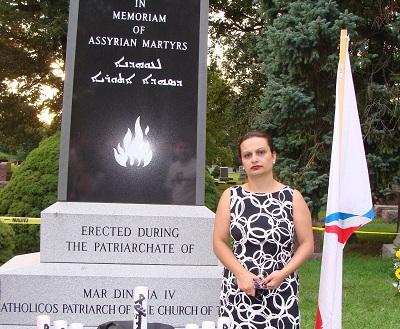 (AINA) -- Dr. Anahit Khosroeva is a Senior Researcher at the Institute of History, National Academy of Sciences in Armenia, and has been a scholar in residence at North Park University in Chicago, USA, where she taught a course on 20th century genocides. She is a member of the International Association of Genocide Scholars. Her Ph.D. dissertation is titled The Assyrian Massacres in the Ottoman Turkey and the Adjacent Turkish territories (End of the 19th to the First Quarter of the 20th Century). She is the author of the several books and numerous articles on the history of the Assyrian people, written in Armenian, Russian and English. Her recent publications are The Assyrian Genocide in the Ottoman Empire and Adjacent Territories (The Armenian Genocide: Cultural and Ethical Legacies, Edited by Richard Hovannisian, New Brunswick, New Jersey, Transaction Publishers) and The Armenian and Assyrian Massacres in the Ottoman Turkey as the First Example of the Genocide (Research on Armenian Genocide, Budapest).