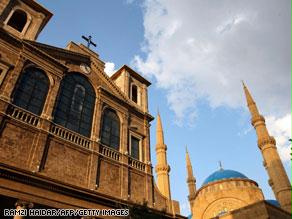 The rapid turn of events in Egypt over the past few weeks has of necessity calmed down the heated debate over the unified law for building places of worship. What with the recent al-Azhar document reflecting the venerable institution’s enlightened vision of the future; the disgruntled revolutionaries back in Tahrir expressing severe discontent with the rulers’ failure to meet their aspirations; in addition to all the frenzied mobility on the political arena, Egyptians are out of breath to catch up with and respond to the sweeping turmoil.

Amid the whirlwind events, a host of issues remain unresolved.  Outstanding among them is the concern of closed churches, which resurfaced some two months ago following the decision by the Interim Prime Minister Essam Sharaf to form a committee to investigate the cases of these churches in a preparation for reopening them. The first list handed to Sharaf by the Church, with a demand for reopening, comprised some 50 churches. Scattered all over Egypt, they have one thing in common: all have been closed for years on end under the pretext of constituting a security liability; famously “closed for security considerations”. The fact brings into focus the ominous 40-year-plus sway of the security apparatus over the erection, restoration, renovation, or even maintenance of churches.
The official decision to reopen 16 of the churches on the list started with three in Minya, Assiut and Ain Shams. The first two reopened peacefully. In Ain Shams, however, hardline Islamic Salafi protests against the reopening forced the authorities to agree with the district Muslim elders and Church officials to delay the opening for one month. The pretext was to give the authorities time to review the church’s papers and permits, all of which are—as the authorities know full well or else the church would have never opened in the first place—in perfect order. The sad truth is that the officials appeared to be buying time, hoping to contain the Salafi anger. I have no idea how the State intends to enforce the law after the passage of the month.
As the reopening of churches proves riddled with problems from the very outset, it is no surprise that further efforts to investigate cases of closed churches appear to have come to a standstill. It will also come as no surprise when sectarian tensions erupt as hopes to see churches reopen are dashed. Again, the unified law for building places of worship appears indispensible to guarantee religious freedom and put places of worship of various religions on equal footing.
While the wait goes on for the reopening of other churches or for the passage of the longed-for law, the case of another church that had been arbitrarily closed was brought to my attention. The Coptic Catholic church of Mar-Girgis (St George) in Higaza Qibli, Qous, in the Upper Egyptian governorate of Qena, which was not on the list handed to Sharaf, is by no means new to ++Watani++ readers; it was tackled before among the “Problems on hold”. Yet I am keen to re-introduce it because I believe it warrants priority for reopening. Given the perfect legality of the church’s papers and permits, it is the only church serving the Coptic Catholic congregation in Higaza,
Mar-Girgis’s in Higaza was built as far back as 1900. Built of mud brick, time took a heavy toll. Deep cracks developed and parts of the ceiling collapsed. When those in charge of the church filed a restoration application to the authorities, it went smoothly. The 1987 report by the district’s building authority recommended that the church be demolished and rebuilt, as there was no possibility for ‘restoration’. It took the security apparatus, however, some six years to tender in its approval. Demolition started in 1993 under the supervision of the Qous building authority.
The old building was demolished and the foundation for the new one began. At this point, local fanatic Muslims rose in protest at the building of the church. Since they were certain of the validity of the permit, they claimed that the construction work did not comply with the original design. It was obvious the allegations were groundless, yet the complaint was investigated and it was proved that the construction work was in total compliance, neither violations nor irregularities existed. Yet the rebuilding was halted indefinitely due to “security considerations”.
Those in charge of the church took their case to court. But they had chosen to traverse a dark tunnel of protracted ‘justice’—having to sustain the injustice for no less than 10 years. In 2005, the Qena Administrative Court pronounced the halt in construction illegal. Yet the security apparatus obviously held a different opinion: it refused to execute the court ruling. To date, the problem remains unresolved.
As I call for Mar-Girgis’s to be included on the list of churches considered for reopening, I believe the promulgation of the unified law for building places of worship to be the only way out of this miserable reality.
Tweet
Author