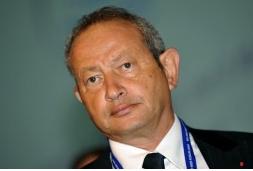 CAIRO - Post-Mubarak Egypt is trying hard to chart a course for a democratic future, but the road ahead appears to be a bumpy one. Politics, religion and business, when overlapping, add to its woes.

The formula seems to underline a heated dispute, pitting celebrated Christian business tycoon Naguib Sawiris against Islamists. The latter are campaigning for the boycott of companies owned by Sawiris for posting "offensive" images of Mickey Mouse with a beard and Minnie, another popular animated character, wearing the niqab (full-face veil) on his Twitter page. "Down with 012!" shouted Hafez Salama, a noted Muslim fundamentalist Salafist, at a recent sermon in a Cairo mosque. He was referring to the distinct digits of the mobile service provided by Mobinil, one of several businesses owned by Sawiris. "Sawiris was strongly linked to the Mubarak regime and conducted dubious deals with it," added Salama. Meanwhile, 15 Islamist lawyers have sued Sawiris for alleged contempt of Islam. Apparently influenced by the campaign, several Egyptians say they have shifted from Mobinil to other mobile phone providers. "This man should show enough respect for Islam," says Seifulddin Hamed, adding that he was already boycotting Mobinil in favour of rival providers of the service. "This is the least we should do to punish this man, who has shown no consideration for the feelings of Muslims." Following a popular uprising that swept aside long-standing president Hosni Mubarak, Sawiris has set up the Liberal Egyptians, a political party with a liberal agenda. The party was officially approved last week. The campaign comes at a bad time for Sawiris. Egyptians are due to elect a new parliament this September, with new parties, including that of Sawiris, hoping to gain a political foothold. In a bid to defuse the row, Sawiris quickly removed the controversial images from his Twitter page and made an apology. "I apologise to anyone, who did not find these cartoons humorous," he said. Denying any intention to offend Islam or Muslims, Sawiris added that Muslims accounted for more than 95 per cent of the workforce in his companies. "I urge everyone, friends and critics, to end this futile furore and to pay attention to the future of the country," he said. However, the crisis seems far from being over. The Muslim Brotherhood, Egypt's influential fundamentalist group, has leapt into the fray. Mohamed Mursi, the leader of the group's nascent Freedom and Justice Party, was quoted as lashing out at Sawiris during a recent rally in the Delta town of Mansura. Sawiris has reacted by suing him for alleged slander. Sawiris’ supporters accuse his political rivals of stoking up the crisis and the boycott campaign. "He is known for his respect for Islam," says Hassan Qabani, the managing director of Mobinil, adding that the company itself has nothing to do with the problem. "Mobinil has made no mistake and has not offended anyone in Egypt, where it serves around 31 million people,” he adds. However, Qabani admits the company has been affected. "Some hundreds of customers have stopped using the company’s services. Still, the effect is still limited because the majority of the Egyptians are aware of the situation." Such rows are not uncommon in politics. The problem is that this particular row still threatens to polarise a nation, which has yet to recover from recent deadly sectarian tensions.