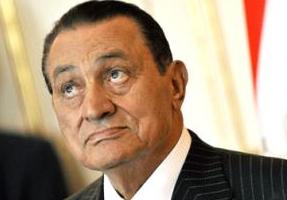 CAIRO - Egypt must "scrap" the most reviled laws of former president Hosni Mubarak's era if it wants to ensure free and fair parliamentary elections in September, the secretary general of Amnesty International said Saturday.

Speaking to reporters in Cairo, Salil Shetty expressed concern over the use of military courts to try civilians and the failure to lift a state of emergency after the ouster of Mubarak's regime in February. These mechanisms alongside laws restricting freedom of the press and assembly could "distort the elections" and do not allow "a free and fair platform for the elections," Shetty said. "We feel that all of these laws should be scrapped in order to have a proper election which allows all voices to be able to surface in an equal manner." Amnesty International's secretary general said military courts had tried between 7,000-10,000 civilians since Egypt's Supreme Military Council took over power after Mubarak quit on February 11. Military trials for civilians "are not in line with international fair trial standards," he said because they are not independent, provide no transparency and the system of defence is limited. Emergency law, particularly provisions which for decades provided security forces and police great leeway to conduct arrests, "is simply not required," he said, adding that the existing penal code was enough to guarantee public order. During his visit to Egypt, Shetty met representatives of the interior ministry and the foreign ministry as well as rights activists and relatives of those who died in the 18-day popular that toppled the Mubarak regime. Later on Saturday he was due to meet Deputy Prime Minister Yehia al-Gamal and Arab League chief and presidential hopeful Amr Mussa. Shetty said the toppling of Mubarak's authoritarian regime had paved the way for "significant changes" in Egypt including the release of the majority of political prisoners. "If you talk to people there is no question it's much freer now to move, there is more media freedom. There is a big change and we have to acknowledge that."