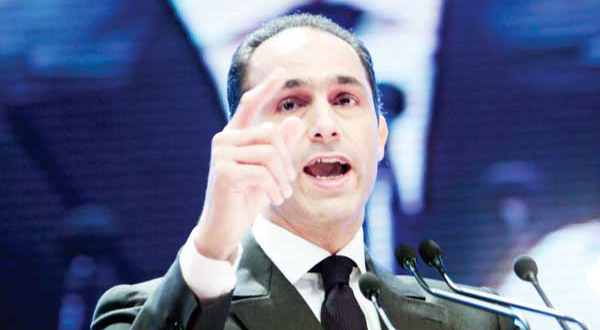 Press reports said that the assistant justice minister for graft affairs renewed the detention of the younger son of ousted president Hosni Mubarak, Gamal, for 15 days pending investigation into corruption charges.
“I refuse to comment or talk about the issue altogether,” El-Deeb told Daily News Egypt, declining to give any details about the new charges against Gamal Mubarak.
The graft authority investigators interrogated Mubarak at Tora prison on Thursday, accusing him of profiteering and the illicit gains by using the position of his father, reported that official Middle East News Agency (MENA).
During the interrogation that lasted for about seven hours, Mubarak was confronted by official reports about his wealth in Egypt and abroad, MENA added.
Meanwhile, the interrogation with Mubarak’s eldest son, Alaa, over similar accusations was postponed until further notice.
On April 13, Hosni Mubarak and his two sons Gamal and Alaa were detained pending investigation into charges of corruption, profiteering, misuse of power and public funds and the acquisition of commissions for facilitating business deals.
The two sons, who had been living in the Red Sea resort of Sharm El-Sheikh since Mubarak stepped down on Feb. 11, were taken to Tora prison in Cairo wgile the former president remained in Sharm El-Sheikh International Hospital under heavy security for medical reasons.
Gamal Mubarak, former banker and Mubarak’s heir-apparent, appeared on the political scene in Egypt in 2000, when he was appointed to head the powerful policies committee of the then ruling National Democratic Party (NDP).
Alaa Mubarak, a businessman, rarely appeared in public. Rumors indicated he used his father’s position to co-opt businessmen into partnering with them without any contributions on his part. A number of complaints have recently been filed against him before the prosecutor general accusing him of forcing himself into these business partnerships.
Tweet
Pope Shenouda Article