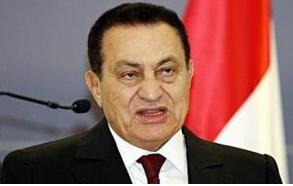 CAIRO - Former Egyptian President Hosni Mubarak is healthy enough to be transferred to the Torah Prison hospital in Cairo, the chief coroner said.

Interior Ministry officials said it would take up to three weeks to properly outfit the prison hospital with equipment necessary to treat the former leader, al-Masry al-Youm reported Friday. Chief Coroner Kamil Ihsan Georgy said he based his determination on a report by the medical team that examined Mubarak in Sharm el-Sheikh Thursday and said he was in stable condition. Mubarak is hospitalised at the Sharm el-Sheikh medical facility, where doctors said his psychological disposition improved slightly after he received flowers and cards on his 83rd birthday Wednesday. He has been hospitalized since suffering a heart attack during police questioning in mid-April. Fighting broke out between pro- and anti-Mubarak groups Wednesday over events the factions organised to mark Mubarak's birthday, al-Masry al-Youm said. If Mubarak is transferred to Torah Prison, he will join his two sons and many members of his former government, including Prime Minister Ahmed Nazif. Mubarak faces charges of financial corruption, abuse of his power as president and ordering the killing of pro-democracy protesters before he stepped down in February.