State dignity…victimised by Salafis or by the State? 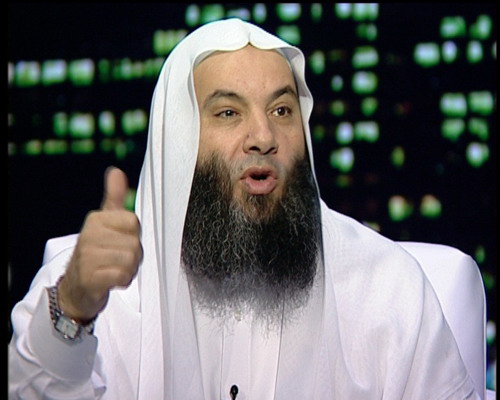 No matter what the outcome of the Qena governor predicament until these lines go into print, the core of this article remains true and pressing. The appointment earlier this month of a Coptic governor to the southern province of Qena provoked widespread demonstrations by hardline Islamist Qenawis. The protests culminated in civil disobedience, with demonstrators taking over government buildings, blocking roads in town, and stopping buses to segregate men and women passengers. They blocked the Cairo Aswan highway and railroad line, and threatened to cut off fresh water and power from towns and villages whose water supply or power comes from Qena.

Following some 10 days of violent civil disobedience, the government announced a three-month suspension of the appointment decree of the new governor. As I see it, this is but a postponement of an expected explosion. Many alarming indicators remain. Left unchecked, they stand to confiscate State sovereignty and the rule of the law for the benefit of the hardline Salafi Islamists.

State officials cannot be exempted of their responsibility for the short sighted, politically immature decision to assign to Qena a Coptic governor for the second time in a row. This decision reflected a recourse to the erroneous, hated ‘Coptic quota’ system in which a single or a specific number of Copts is or are appointed to the top posts of governor or minister, to silence Coptic demands for equal opportunity in top-ranking government posts. The recent appointment of the single Coptic governor among Egypt’s 27 governors to Qena for the second time in a row unleashed the wrath of Qenawis. They resented what they saw as an indication that the one Coptic governor appointed to fulfil the Coptic quota would always be assigned to Qena. Given the manner in which the unwritten Coptic quota has been implemented in the case of government ministers, with Coptic ministers almost invariably assigned to the ministries of immigration or environment, Qenawis may be excused for their wrath. But it escaped the officials that the assignment of a governor cannot be subject to the same logic as that of a minister.

It would not have been difficult for State officials eager to appoint a Copt as governor to have assigned the Copt to any other governorate which never had a Coptic governor before. That would have had the added value of endowing the ‘Coptic quota’ principle with a more patriotic hue and avoiding the ruffling of any feathers. Officials should have also selected for governor a Coptic personality with a known public contribution to his governorate, which would have secured general acceptance of the new official. Seeking public involvement and content in the selection of governor would have definitely been more beneficial than resorting to the policy of sovereign decisions and public compliance.

The official apathy vis-à-vis the Qena predicament cannot be overlooked. Prime Minister Essam Sharaf did not bother to go to Qena. This sent an extremely alarming message. It was inexplicable and unacceptable for the topmost civil authority official in Egypt to carry on with business as usual while civil disobedience was raging in Qena. Even more astounding was that he decided at that time to visit Sinai to meet with tribal chiefs there. Then came an official visit to the Gulf countries. If the dire situation in Qena cannot prompt the Prime Minister to alter his agenda, what could?

It was also exceedingly alarming that, in a move that was not the first of its kind since the 25 January Revolution, the official response was to send religious leaders and imams to Qena, in order for them to negotiate with the protestors and law breakers. Again a serious lack of political vision is detected; an official short sight which sacrifices the law and the civic State and plays into the hands of political religion which I believe should have been kept out of the political arena during the upcoming period.

Even though the State’s responsibility in creating this political dilemma cannot be overlooked, but neither can the violent protests of the people of Qena. The shocking level of aggression of these protests served to rob them of all legitimacy and deprive them of national sympathy. The appalling rowdiness cast the demonstrators in the same light as the Islamist and Salafi plotters against the homeland, who proved time and again adamant in breaking the law and confiscating the Revolution. What do the Islamic slogans chanted incessantly by the people of Qena mean? Why did they raise the Saudi flag? The Qenawis proved they too had no political vision; had they demonstrated peacefully they would have gained sufficient national sympathy to back their demands. But their insistence on blocking highways and railways and threatening to suspend services was an immature defiance to the supremacy of the law and the legitimacy of the State. Any response to their demands would have represented an unprecedented retreat in the rule of law and State withdrawal in the face of terrorism.

The State created this explosive situation and is expected to wisely rectify it, before the lapse of three months, without resorting to violence. It might then be necessary to open a file long placed on hold—that of the post of governor. It might be time to begin electing governors rather than appointing them, for the post to reflect true public will.