Trial of ex-minister and official adjourned 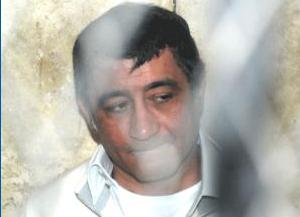 Rasheed and Assal are accused of improperly giving production licenses to the steel magnate and chairman of Ezz Steel. The two officials are charged with providing Ahmed Ezz, free of charge and outside the required public auction, with a license to produce iron sponge and pallet. During Saturday’s session, the Prosecution presented a report of the Central Auditing Agency (CAA) on the issue. Meanwhile, the Giza Criminal Court adjourned the trial of former Minister of Tourism, Zoheir Garrana and the two fugitive businessmen Hesham el-Hazek and Hussein Segwani. The three are charged with "profiteering, appropriating state funds and facilitating the appropriation of state funds." Garrana sold large tracts of land in Gemsa on the Red Sea coast to the businessmen without following the required legal procedures and for far less than the value of similar land tracts. This allowed the businessmen to illegally gain $10 million and $41 million respectively, the Prosecution added, stating that the two businessmen had been out of Egypt since December.