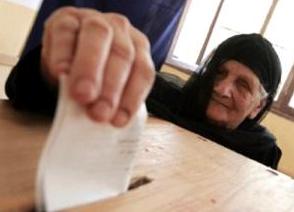 CAIRO - Egypt's Ministry of Telecommunications is ready to provide electronic balloting in the forthcoming parliamentary, presidential and municipal polls to help ease the process of democratic change in the country and reduce the chances of rigging.

"Via the Internet, the Ministry can organise the voting electronically. This will help prevent rigging attempt," Minister of Telecommunications Maged Osman said in press remarks. He added that the telecommunications sector will facilitate Egypt's transition to democracy in the near future. One of the main demands of revolutionaries during 18 days of protests, which toppled Hosni Mubarak, was for Egyptians abroad to be allowed to vote in the Egyptian elections. "The Ministry is mulling how best to help Egyptian voters abroad and at home to vote electronically," said Minister Osman, who took office over a month ago. He pointed out that the telecommunications sector will also lead campaigns to raise the political awareness of Egyptians during this transitional period. "This sector played a vital role in the Revolution," he stressed. The organisers of the January 25 Revolution resorted to the social networking website Facebook and Twitter, to garner millions of protesters, despite the fact that the Internet service was cut for five consecutive days. Meanwhile, a delegation from India's Election Commissioner is expected to visit Egypt to explore co-operation in the electoral process, including demonstrating the use of Electronic Voting Machines (EVM). "The Indian experiment in e-voting can help us," said the Egyptian Minister. Now that a new law to establish political parties has been approved, Egyptians abroad are contemplating forming a political party to help themselves and expats returning to Egypt.

The covenant with God in Bethel So many are the covenants made between God and man, among which was that with Jacob, where God said to him, "Your descendants shall be as the dust of the earth … and in you and in your seed all the families of the earth shall be blessed. Behold, I am with you and will keep you wherever you go, and will bring you back to this land." (Gen 28: 13- 15)