Is the revolution eating itself up? 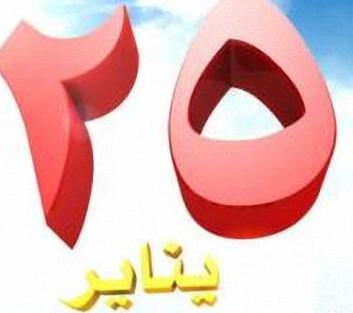 Last week alone brimmed with events which, in my view, represent a setback to efforts to found a civil, modern State; establish the rule of law and equality among Egyptians.
The cabinet of Ahmed Shafiq was forced to resign after it was subjected to mounting pressure from two sides. First, the revolutionaries at Tahrir Square were determined not to approve a Prime Minster who had associated with the Mubarak regime. Such intransigence has nothing to do with logic or reason and discounts Shafiq’s numerous achievements and his integrity and clean record. With his resignation, I believe Egypt lost a man of experience and energy who could have helped the country out of the current crushing economic crisis and compensated for the huge losses of the past weeks. Second, which was the straw that broke the camel’s back, was the TV debate between Shafiq and a number of intellectuals led by novelist Alaa’ al-Aswani who launched a ruthless, thoughtless offensive against the man. Given the abusive, belligerent manner in which they debated with Shafiq, I believe he would have done well to have refrained from the debate in the first place. Shafiq may have the capacity to accommodate the recklessness and irrationality of the youthful revolutionaries, but he could not withstand the cruel assault launched by those who are considered the nation's pundits and leaders of thought.
I pity the new premier Essam Sharaf the hard mission he has to accomplish. He has the experience and the revolutionaries’ approval, but he does not have the magic wand with which to instantly solve all our problems or make them vanish. As for Shafiq, I would like to express my appreciation of his achievements, and to tell him that his resignation might end up a blessing in disguise; it might earn him support should he decide in the future to contest the presidency.
The widespread chaos and contempt of the law is among the worst, and most unfathomable, of the revolution’s outcomes. The fact that Egyptians suffered for a long time under a police State that used the most cruel methods at hand to suppress and oppress them is by no means an excuse for the revolutionaries to become "a police state" in themselves. The process of chasing former symbols of oppression and figures of corruption is proceeding in leaps and bounds, in a climate of full transparency. The law should be given a chance, instead of the rampant attacks against innocent people and the settling of accounts with anybody who belonged to the security apparatuses. It is unacceptable that outraged masses should brutally attack a man and ruin his property for nothing but his being a police officer. Retribution should be taken through court rulings not through individuals or crowds taking the law in their own hands.
This bitter reality has resulted in a painful absence of security on the Egyptian street. The terrorism of thugs has replaced that of security apparatuses. Police forces have disappeared to avoid confrontations with the masses while the Armed Forces surround disturbed areas without interfering to deter attackers or stop violence. We are before a horrific scenario and no-one could predict what the future will be like. For two consecutive days, thugs controlled the vital Shubra passageway in downtown Cairo, blocked the road and forced the residents to stay home. A fierce brutal fight occurred in which several innocent persons lost their lives for no reason but that their misfortune led them to that spot at that time. We heard of no trials or rulings against these thugs.
The final blow came with the brutal attack against the church in Etfeeh, where an illicit affair between a Muslim woman and a Coptic man—sinful behaviour that occurs all the time—led to a fierce attack against the Copts in the village. The village church was torched and what remained of it demolished by a hostile mob. I had thought such detestable behaviour had disappeared for good after the 25 January Revolution, which built on the spirit of Muslim-Christian sympathy and support that prevailed in Egypt in the wake of the New Year Eve Alexandria church bombing. But the spectre of sectarian violence is again rearing its ugly head. Similar to the former security forces, the Armed Forces refrained from interfering to protect the Copts under the pretext that it would not hit Egyptians.
I cannot help wondering: “Has the revolution begun to eat itself up?”
Tweet
Author