Egypt Islamists back vote on constitution 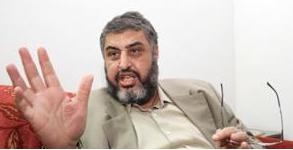 CAIRO - Egypt needs to start functioning again and prevent army rule from dragging on too long, the Muslim Brotherhood said, calling for the swift implementation of constitutional amendments to restart political life.

A month after a popular uprising forced President Hosni Mubarak from office, politicians from across the spectrum have begun to debate whether a new constitution is needed to breathe life into political institutions. But the Muslim Brotherhood, who can rally support quickly and would benefit from a quick election, said it would take too long to draw up a new constitution that included all parties' desires, so amending the current one was the only way forward. "Constitutional amendments are the most suitable, not the most ideal solution for this transitional period that cannot drag for too long," Brotherhood deputy Khairat Shater told Reuters in an interview late on Thursday. The army has dissolved parliament, suspended the constitution and mapped a path to parliamentary and presidential elections within six months. Planned constitutional amendments would include a clause that once elected, a new president would call on parliament to draft a new constitution. The Brotherhood, long suppressed by Mubarak and his state security, plans to be part of this. "We are a segment of Egyptian society and so are others who will join parliament from across the political spectrum. We want the new constitution to reflect all views," said Shater. Presidential candidate Mohamed ElBaradei has called for a new constitution instead of temporary amendments and suggested that army hands power to a presidential council that would oversee a new constitution and elections. "A new constitution is most ideal but that will take up to a year," Shater said. "The country cannot remain without state institutions like parliament and the presidency this long, especially that the army is set to hand power to civilian rule by September." The Islamist group aims to run for 35-40 percent of the seats in the new parliament in a vote the army scheduled for June, Shater said. The Brotherhood said it would not seek the presidency or a parliamentary majority. Shater reemerged on the political scene earlier this month after serving part of a seven-year prison sentence for allegedly providing military training to university students. Shater denied the charges. "We need to end this transitional period and get political institutions motoring again," Shater said, who added that the group's aim in the next stage was to help develop political life through forming coalitions with other opposition parties. "During Mubarak's era, all parties were under pressure from Safwat Sherif to refuse forming coalitions with us," said Shater. "But now this is history". Sherif was the secretart general of Mubarak's ruling party. With the potential political opening the revolution has brought, the Brotherhood is busy changing and developing its political platform ahead of elections. The Islamist group will announce the programme for its "Freedom and Justice Party" within two to three weeks and some high profile Christian figures have expressed interest in joining the Islamist party, said Shater. "Egypt will not return to the days of one-party rule. The Brotherhood will help strengthen other parties. Even if one party is a majority, it should never have a monopoly," he said.