The enemy of my enemy is my friend 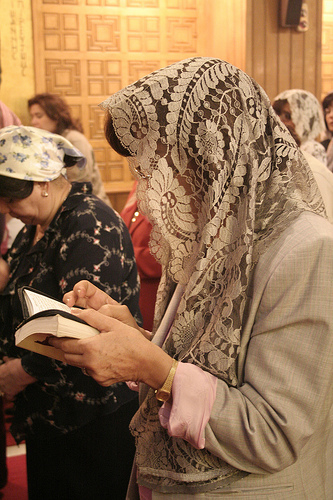 The enemy of my enemy is my friend. It’s a simplistic, often flawed, and yet pervasive ideology. To me, it seems the only logic – if such a word can be used – reasoning behind Morris Sadek’s argument in his latest blogumnist post here on Bikya Masr, where he outlines Jewish-Coptic common roots, and the official position of the National American Coptic Assembly on the Arab-Israeli conflict. It makes for grim reading.

The basis created by Sadek for his argument is that as Copts and Jews both lived before the advent of Islam (I’m hesitant to believe in the idyllic peace he portrays), everything started to go wrong when those pesky Muslims arrived on the scene.

What follows is the kind of pro-Zionist diatribe that a hardened settler in the West Bank would be proud to recite. Talk of Jewish sacred rights to land and cities runs alongside a general and malicious anti-Arab sentiment, resulting in the official position – yes, folks the official position – of the National American Coptic Assembly being that:

- Jews have a sacred right to the land of Israel, whilst Arabs living there represent an imminent danger to world peace and global security.

- Jerusalem can never be divided and must remain a Jewish capital.

- A Middle East peace treaty should include Jews and Christians giving up any claims to Mecca and Medina, presumably at the same time as Muslims (and Christians?) give up a claim to Jerusalem

“What about the Palestinians?” I hear you ask. Well, “their future lies with the Arab states of the region”, i.e. they should pack their bags and move to Jordan, Syria or wherever, or whomever, will take them (most probably not Egypt, incidentally).

This stance scarcely values comment. Quite simply, it is racist, ill-informed and unworkable.

What strikes me as most bizarre, however, is how far this view differs from those held by the Copts I know and have spoken to here in Egypt. Their sympathies tend to lie with Palestinian Christians suffering under Israeli occupation. Coptic leaders in Egypt, tend to swing in a completely different direction to Sadek, to the opposite and similarly flawed extreme – Baba Shenouda II even banned Copts from traveling to Israel, saying “who knows what ideas they will return with?” Why are the Copts abroad so out of touch with their spiritual leader?

Copts in Egypt suffer as victims of discrimination on a regular basis. Although their situation compares favorably to that of the Palestinians, they are treated badly as a religious minority in Egypt. The Copts abroad should be able, then, to find common ground with the Palestinian cause. They should empathize with the oppressed and the persecuted, rather than with the oppressor.