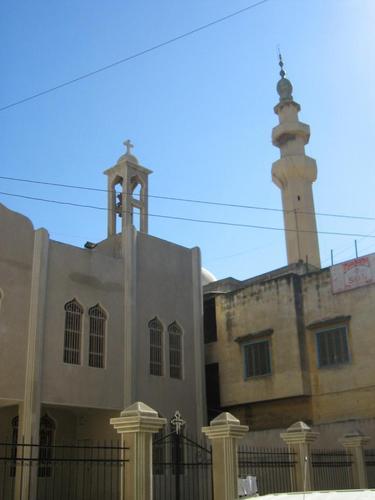 Among the worst and most painful of the Coptic grievances are those pertaining to the curtailment of their rights to adequate, legal places of worship. The scarcity of permits to build churches drives Copts to pray in places which were not licensed for prayer in the first place. Out of this fact stem countless incidents of sectarian violence, with mobs deciding to take the law in their own hands and viciously attack Copts praying in non-licensed places. Last week I wrote that nothing in the Egyptian law or Constitution required that religious rites should be conducted in licensed places, even though the administrative and security authorities create and promote a culture to the contrary. I cited a court ruling in 1952 which stipulated that it was the right of any citizen to conduct religious rites in any building he or she owned, regardless of its being licensed as a church.
Today I resume the topic of court rulings to the same effect.
In 1923, a Coptic Orthodox priest named Father Sergius was arrested by the police for preaching in a place he had prepared for that on a street corner. He was charged with holding a public meeting without permission from the authorities and was prosecuted according to Law 14 of 1923. A primary court acquitted Fr Sergius, as did the court of appeals. The public prosecutor took the case to the Court of Cassation, the highest court authority in Egypt. This court accordingly issued a ruling in November 1924 rejecting the prosecutor’s claim on the following grounds: “The claim presented by the prosecutor has failed to grasp the purpose of the law 14 of 1923. This law was not meant to ban religious meetings in any place whatsoever, especially considering that Egyptian Constitution stipulates the absolute freedom to conduct religious rites and rituals. It was rather meant to ban the use of places of worship for any meeting other than for worship. Since the meeting held by the defendant (Fr Sergius) was for religious preaching and was not among the meetings which the law stipulates the authorities should be informed about, there was no need to do that.”
Today, 85 years on, our administrative and security authorities overlook this ruling and threaten and terrorise Christians who hold prayer meetings or perform religious rites in places other than licensed churches, on grounds that these are illegal acts. It does not help that Christians themselves are not aware of this right.
In 1953 the Reverend Wadie Atallah Mikhail was prosecuted upon an official complaint from his neighbour Ahmed Ibrahim Ahmed in which he said that the priest used to host at his home persons who would conduct noisy gatherings and perform works of sorcery. Ahmed demanded that such meetings be banned. In the hearing, Rev Wadie explained that he held prayer meetings in his home where those gathered prayed and sang hymns. The prosecution accordingly charged him rowdiness and disturbing his neighbours’ peace. But the court acquitted Rev Wadie on grounds that the unlawful rowdiness targeted by the law did not include prayer and praise, which was equivalent to Muslims reciting Qur’an in their homes.
The question which begs an answer then is when and how have the legal provisions permitting the performance of religious rites in places not licensed as churches been obscured? Obviously, the lack of awareness of such provisions has allowed the administrative and security authorities to confiscate them and promote instead notions which serve to strangle the freedom to worship.
Before closing this file I would like to remind that the 1952 State Council ruling stressed that the 1856 Humayouni Edict, which stipulates that the ruler should approve licences for churches, ought not to be used as a pretext to ban prayers in non-licensed places or to place unjustifiable hurdles before building places of worship. “When the edict made the licence a necessity,” the court said in its legal reasoning, “it did not aim to hamper the practice of religion, but sought to secure conditions that these places should exist in an adequate environment. Once these conditions are fulfilled, licenses should be granted within a specified period in accordance with the law. But until a law is issued to specify this period, the court should oversee the authorities’ practices to make sure they do not abuse their power through withholding or delaying licences.”
It gives me pleasure to present this ruling to the State Council, to Parliament, and to the ruling National Democratic Party which is currently drawing its agenda for the upcoming parliamentary round.