Problems on hold:Pulling down Coptic houses 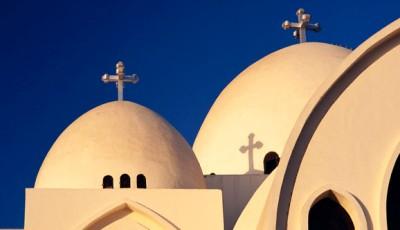 I am in the fourth week of reviewing the grievances of the Copts of Maghagha and Adawa in Minya, Upper Egypt—grievances that are typical of Copts anywhere in Egypt. I had begun by reviewing their suffering in the process of obtaining a permit to build or renovate a church, and went on to cite the similar suffering they undergo to build or renovate church-affiliated buildings—usually used to house health or social services. Today I tackle the problems they face to build houses. And why should anyone have any problem with building a house?  If that someone happens to be a Copt he or she will directly come under suspicion of building a house that would later be turned into a church. If this sounds unreasonable at first sight, just think again. Copts are practically deprived of permits to build churches; congregations may have to wait for decades on end for a permit that no amount of persuasion or pleading would bring about. Meanwhile the congregation would normally have swollen to double or triple its number, while the old church—if one exists—would have become too dilapidated and undersize to accommodate the congregation. The authorities always know how direly in need of a church a congregation is. But, instead of allowing it to build one, the authorities oppress and humiliate the Copts year in year out by thoroughly unreasonable demands and outrageous red tape. Is it any surprise that the despairing Copts may resort to turning one house or another into a makeshift church? Any building built by a Copt is then seen by the authorities as a project for a potential church which must accordingly be promptly aborted. A house built by a Copt is thus a prime target for demolition.
Khamis Nashed from the village of Qayat in Adawa owns a piece of land on which he has built two houses and a mill. It is not agriculture land—building on agricultural land is banned in Egypt—and is adjacent to lands on which other buildings are erected. Last August Nashed decided to build a third house upon his land. As he began digging the foundation, he had a surprise visit on 16 August from the director of the local agricultural society, the head of the local department of land protection, members of the village council, and members of the State security apparatus, accompanied by a demolition squad. Kindly note that all this force was mobilised to bring down a small house in a village no-one ever heard of. To that extent are the authorities lying in wait for anything Coptic? In what amounted to a terror campaign, the expedition inspected the architectural drawings of the projected building, checking it was that of a house not a church, made Nashed sign a pledge that the building would be used as house not a church, and left after taking a copy of the architectural drawings.
The story does not stop at that. In four weeks Nashed had built the ground floor and the walls of the first floor. At midnight on 16 September he was called to report to the police station where he was accordingly detained till the evening of the following day. Nashed was not questioned or charged with any violation, and no police report was filed. He was merely freed and allowed to go home. But once home he could not believe his eyes; his new building had been bulldozed to the ground. His family told him that once he had been taken to the police station the full squad of officials and demolition equipment had arrived at the site and promptly did the job.
I am not writing about a criminal gang which terrorises unarmed civilians and takes the law into its own hands; otherwise I would have prompted them to rush and report the matter to the police. I merely report actual facts on the ground committed by the security authorities and local government against the people. The trouble is that Nashed’s case is not an isolated one; there are countless more like him. If this behaviour does not amount to collective punishment against peaceful Copts, which in turn amounts to persecution, what does?