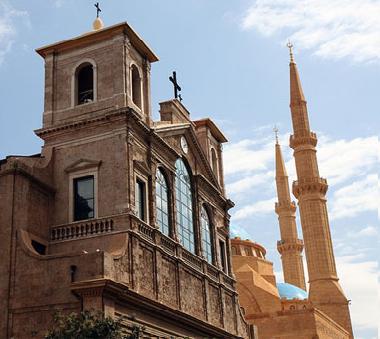 This article is the third in a series which tackles the grievances of the Copts of the parish of Maghagha and Adawa in Minya, Upper Egypt—grievances typical to Copts in Egypt across the board. The first two articles dealt with the humiliating problems they face regarding the building and renovation of places of worship—including the building of toilets on the premises. This time I will cite a flagrant sample of the problems they face where Coptic NGOs—commonly termed ‘societies’—are concerned.
Let me first offer an explanatory note. In small villages such as Qayat in Adawa, the one we will concern ourselves with here, premises of societies are traditionally used to perform religious rites. This is the outcome of a practice largely prevalent in rural Egypt and long placed on hold, where the authorities withhold permits to licence the building of churches no matter how much a congregation needs one. Deprived of a licensed place to pray, the Copts resort to using the premises at hand, usually belonging to licensed Coptic societies, to serve the dual purpose of church and health or social services. Though illegal, the practice is commonly condoned by the security authorities, either out of compassion for the Copts who have nowhere else to pray or because, by its very illegality, it offers an excellent pretext to stop the Copts from praying any time should a future wish arise.
So it happened that the Copts of Qayat used the premises of the Society of the Coptic Orthodox Church in Qayat for prayers since as far back as 1971, under the eyes and noses of the local and security authorities. Some thirty years later the building had grown so dilapidated that it was life threatening; the society decided to shut it down and apply for a restoration permit. In December 2003 the society’s director applied to Minya governor for licence to fortify the building and rebuild a portion of it which had collapsed. No response came from the governor and, in April 2004, another application was filed. This time the response came to the effect that it would be impossible to issue a permit since a mosque had been built in the vicinity. According to the 1934 “Ten Conditions” stipulated by the then Interior Minister Mohamed al-Ezabi Pasha and in force till today, no church can be built in the vicinity of any mosque; but not the opposite, mosques may be freely built next to churches. Even though it defies reason to claim that a neighbouring church and mosque pose a threat to social peace, why was a mosque allowed in the first place to spring close to a building that was for 30 odd years practically a church—and had already applied for a permit that would allow it to go on as such? The society was advised to purchase a piece of land somewhere else upon which to build new premises. It is self evident that the Ten Conditions deal a strong blow to equality and citizenship rights, and are at best a disgrace on Egypt’s brow.
The society did as advised and, in December 2005, applied to Minya governor for licence for a new building. In June 2006 the reply came that the society had to file its application with the local authorities in Adawa, which it promptly did. When no reply came—despite several reminders—till July 2007, the society went back to the governor for help, but to no avail. To date, and despite repeated pleas and complaints to all administrative, security, and political officials who may be even remotely concerned with the case, no licence—or reply—have come the society’s way.
And to date, the Qayat Copts have nowhere to pray. Deprived, humiliated, and suppressed, they look at the land they purchased as it lies wasted, praying that the day does not come that a mosque is built nearby and they are explicitly denied the right to build on their land.
Does anyone harbour any doubt that such collective penalty against a sector of Egyptians amounts to persecution and deals a blow to the citizenship rights so proudly stipulated in the first article of the Constitution?